Meet 4 Crusaders Who Are Keeping the Dream of Democracy Alive

Around the world today, one in three people lives under an authoritarian regime, while many others are experiencing a decline in their democratic freedoms. But the slide towards autocracy has pushed millions to stand up and demand a say in how their lives are governed.

TIME spoke with four people who have fought to defend democracy in their countries, about what inspired them and what it takes:

It was love for my people that forced me to get out of my comfortable office as head of a parliamentary faction and spend about 20 nights in the woods, the streets, in a tent, in protest at the government led by Serzh Sargsyan. I had no personal motivations. All I wanted was to win freedom and happiness for my homeland and people. I said that if citizens took to the streets in the hundreds of thousands and power did not change, I would no longer engage in political activities. From the very first day, we kept saying we would not resort to violence against anyone, even if we were met with brutality. From the podium, I said we would be guided by a biblical verse: if someone slaps you on the right cheek, let him slap your left cheek too. We knew we would never retreat.

In the end, the people triumphed, and I will honor my commitment to ensure that the people’s victory stands. I am convinced that we will move forward in building democracy, fighting corruption, establishing an independent judiciary and rule of law, and protecting human rights and economic competition. For us, democracy is not a component of regional interests or foreign-policy orientation but a reflection of values and convictions. I believe Armenia will be one of the world’s strongest democracies.

Blogger, activist and founder of the Faure Must Go movement, which opposes President Faure Gnassingbé

My interest in activism began in 2003, when I was 13 years old and my father was arrested at the headquarters of his party. When he was released from prison, I started joining him at political rallies and reading about all the atrocities that were committed under the dictatorship.

The same family has led Togo for 51 years. The first President ruled for 38 years, and after he died in 2005, his son Faure Gnassingbé was appointed. At least 400 people were killed in the unrest. That was the moment I said, “No matter what happens, you have to fight.” I started writing and attending rallies. In 2011, I founded a movement called Faure Must Go. For us, the end of the dictatorship is the only way. Right from the beginning, our goal has been to remove that government from power. We promote nonviolent actions—civil disobedience, boycotts, defiance—and believe we can weaken the government with them.

The first step in building a democracy is for citizens to have a very strong awareness of their oppression. In Togo, it took time, but finally people want change. Since August, there have been huge protests in multiple cities at the same time. Right now, they are banned in many cities, and hundreds of people have been arrested. We have never seen this kind of commitment before. I am convinced that the dictatorship will fall sooner than expected. People have shown they are willing to do whatever it takes for change.

In 2013, two prominent opposition leaders were assassinated in Tunisia. At the time, I was the leader of the employers’ organization, and we saw that Tunisians were frustrated. We were afraid that we would lose our revolution, our democracy, our independence. We had to do something.

We were one of four civil-society groups that stepped in, offering to facilitate talks between the coalition government and all the parties. Those talks ended with a new constitution agreed on by everyone. We became known as the Tunisian National Dialogue Quartet, and in 2015 we won the Nobel Peace Prize for our work.

Our decision to start the quartet was taken without thinking about the risks. For us, it was the only way to avoid civil war, and society rallied behind us. The government didn’t accept that people from civil society could be involved in political decision-making in Tunisia. But at that time, Tunisians didn’t trust politicians. When we intervened, as organizations with long histories, the people were with us.

Now Tunisia is a model showing that in Arab and Muslim countries, we can have democracy too and that women can have all their rights.

A leader of the protest movement dedicated to the ouster of President Daniel Ortega, who is accused of creating a repressive dictatorship

Even as a student, I have seen the repression of many small protests against President Daniel Ortega and the government he has led since 2007. When the police used violence to crush a peaceful protest against cuts to social welfare on April 18, all that discontent just exploded. Students around the country barricaded themselves in their universities, and people have set up roadblocks to stop the police. This started as a peaceful protest, and we want to keep it that way. But they’re killing us constantly. At least 250 people have died. We’re up against this whole repressive machine—not only the state and its institutions, but also the brutal paramilitary gangs that the government controls.

I’m on the committee negotiating with the government, and it’s painful to know that, while you’re sitting at the table, your comrades are dying elsewhere in the country. When I read the news at the end of the day, it can make our achievements feel really small.

But we know the civic route is the best chance we have for restoring democracy. The government has allowed the entry of international bodies like the U.N., and accepted recommendations on stopping police repression and dismantling gangs.

They haven’t followed through, and we don’t know if they will. But we all feel very sure of what we want—and certainty can give you stability, even in the middle of a crisis.

Write to Naina Bajekal at naina.bajekal@time.com, Billy Perrigo at billy.perrigo@time.com and Ciara Nugent at ciara.nugent@time.com. 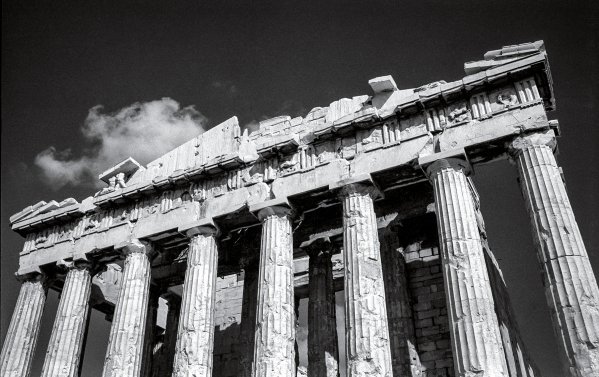 Democracy Isn't Perfect, But It Will Still Prevail
Next Up: Editor's Pick