The federal government is under court orders to swiftly reunite the migrant families that were separated at the border under the Trump Administration’s “zero tolerance” policy. But efforts to get even the youngest children returned to their parents stalled as the Administration struggled to reverse a crisis of its own making.

In late June, a judge ruled that the 102 children under 5 who had been separated from their parents as a result of the policy needed to be returned to their families by July 10. In the case of those ages 5 and up–at least 2,000 minors–the Administration was given until July 26.

The first deadline has come and gone, and it was one the federal government could not fully meet. In many cases, the problem was simple if shocking: the government was ready to release the children but couldn’t yet verify with whom they belonged. At the same time, a little over a quarter of the separated children under 5 could not be reunited because the adults they arrived with were found to have serious criminal histories or no relation to the children or because they are currently being held in criminal custody. There is also one child in custody that the Department of Justice said could be a U.S. citizen.

Given those factors, the Trump Administration was on track to reunite just 55 young children with their parents by or shortly after July 10; it would take longer for at least 20 whose parents had been deported or released in the U.S. A last-minute effort to gain more time was rejected by Dana Sabraw, the federal judge overseeing the case. “These are firm deadlines,” he said. “They’re not aspirational goals.”

The policy that triggered the separations was clear enough: prosecute everyone who crosses the border illegally, which meant taking away the kids, who cannot be put in criminal detention with adults. But there were no instructions on how to undo the process. The Executive Order that President Trump signed on June 20 stopped the separations but did not fully address how families would be put back together.

The problem was not lost on Judge Sabraw. “There was no reunification plan in place, and families have been separated for months,” he wrote in a June 26 order. While he is happy with the progress made, he’s said that the government has an obligation to reunite as quickly as possible the families it separated. (Trump offered a different take on the missed deadline on July 10: “I have a solution. Tell people not to come to our country illegally.”) Sabraw has called for regular updates from the feds and the American Civil Liberties Union, which brought the suit to him, as the reunification process continues.

Government officials have insisted that they know the whereabouts of every child in their custody and have worked to keep parents and children in contact. But their priority is to see that families are reunited “in a manner that ensures the safety of the child”–which can take time. In order to gain custody of an unaccompanied minor in the care of the Department of Health and Human Services’ Office of Refugee Resettlement, adults typically have to undergo a comprehensive vetting process that involves everything from submitting fingerprints to demonstrating financial stability. Now, those well-intentioned hurdles are being set aside for families who were separated at the border.

The government has indicated that it will take steps to streamline reunifications, which have to be completed before the month ends. In some cases, for example, they will use DNA tests to guarantee parental relationships they cannot otherwise confirm. (Judge Sabraw said samples must be destroyed after the relationships are established.) But that acceleration doesn’t erase the trauma that came with separation.

And reunification is only step one for the families in question. They still have to face the rest of the immigration process. Only now, they’ll do it as a unit rather than separately. Zero tolerance had been among many Trump Administration efforts to crack down on illegal immigration, and some officials had specifically pitched family separations as a possible deterrent for border crossings. To an extent, they succeeded–apprehensions fell by 18% between May and June, according to recent data.

But in the court of public opinion, the Administration’s harsh posture toward migrants has been widely condemned. It also has not had much luck in federal courtrooms. Federal officials had sought to modify a long-standing legal settlement that limited the amount of time children can be held in immigration detention, but another federal judge rejected that request too. On the very night of the first reunification deadline, the Trump Administration announced that rather than being held in detention, migrant families would be released from custody wearing electronic monitors, essentially returning U.S. border policy to the way it was before zero tolerance started. The setback for Trump and his immigration team has left them where they began. That’s more than can be said of the nearly 2,000 separated children who are still in custody. 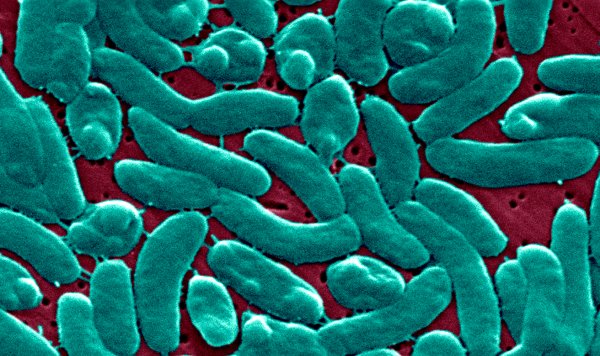 'The Choice Is Life or Limbs.' A Man Is Fighting for His Life After Getting a Flesh-Eating Bacterial Infection While Crabbing
Next Up: Editor's Pick