A court in Cairo has jailed four men for carrying out homosexual acts.

The men received up to eight years in prison after being found guilty of dressing in women’s clothing and attending “deviant” sex parties, reports the BBC. One of the men received a sentence of only three years, but with the added condition of hard labor.

Homosexuality is not officially banned in Egypt, but legislation outlawing debauchery has previously been used to put gay people on trial. A notable case was the trial in 2001 of 52 men accused of being homosexuals. 23 of them received sentences of five years imprisonment with hard labor.

Human rights campaigners condemned Monday’s verdict, with the U.S.-based organization Human Rights First stating its “alarm and disappointment” over the sentence. The group said the news may set a troubling precedent in the region.

“What happens in Egypt sets a trend for developments throughout the Arab world,” it said in a statement.

Human Rights First also claimed that the number of people in Egypt arrested because of their sexuality has risen since the coup that unseated president Mohamed Morsi in July 2013. The trend has increased fears about a rising crackdown on personal freedoms within Egypt. 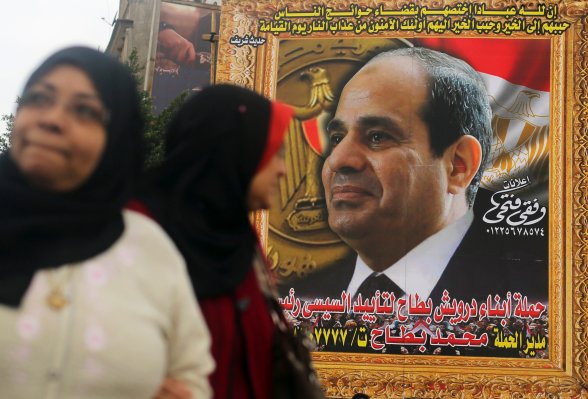 Egypt's Christians Place Their Faith in al-Sisi
Next Up: Editor's Pick