U.S. Imposes Visa Sanctions on Myanmar and Laos Over Their Refusal to Accept Deportees

A patch is seen on the sleeve of a U.S. Customs and Border Protection officer at Miami International Airport on Feb. 27, 2018 in Miami, Florida.
Joe Raedle—Getty Images
By Laignee Barron

The U.S. imposed visa sanctions on Myanmar and Laos Tuesday after the nations refused to take back immigrants Washington wants to deport. The two Southeast Asian nations join the running list of countries which have delayed or declined to accept nationals slated for expulsion from the U.S., and are among a growing number the Trump administration has retaliated against with visa restrictions.

Until Myanmar and Laos agree to accept the citizens, the State Department has stopped issuing certain types of visas to higher level officials. In Myanmar, the restrictions effect some Ministry of Labor, Immigration and Population and Ministry of Home Affairs employees and their family members. In Laos, the limitations apply to the Ministry of Public Security and other government officials.

In a statement, the Department of Homeland Security said Myanmar and Laos refused to issue travel documents or accept nationals the U.S. seeks to deport.

If there is no obvious pathway to deport someone, Immigrations and Customs Enforcement (ICE) must release them from custody after six months. It is unclear how many people Homeland Security had sought to deport to Myanmar and Laos, or how many may have been released.

Last year, the Trump administration sanctioned four countries — Cambodia, Eritrea, Guinea, and Sierra Leone — for refusing to comply with the deportation policy. While the U.S. has long kept a “recalcitrant” list, only two countries had previously been subject to visa sanctions over the issue, according to CNN: Guyana, in 2001, and Gambia, in 2016.

Amid the Trump administration’s push to expel immigrants with criminal records, Southeast Asians have started to be deported in record numbers. In April, 43 Cambodians were deported to Phnom Penh, the largest group to be sent back under a 2002 bilateral agreement.

More than 16,000 Southeast Asian community members, many of whom came to the U.S. as refugees, have received final orders for removal, according to the Southeast Asia Resource Action Center (SEARAC), a Washington-based nonprofit. 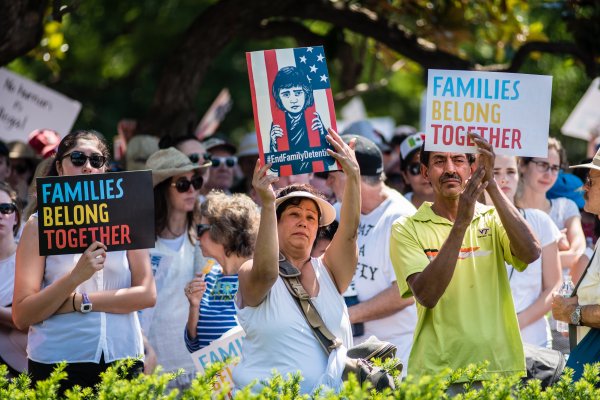