Princess Charlotte and Prince George may have stayed inside out of the hubbub of the Royal Air Force centenary celebrations in London on Tuesday, but Princess Charlotte still managed to steal the show. Cameras captured a snapshot of the two elder royal siblings — their little brother, newly christened Prince Louis, most likely napping elsewhere — through a window in Buckingham Palace. And as is her style, Charlotte was clearly full of attitude during the Royal Air Force flypast.

With her face close up against the window for a good view of the military display in the skies, Charlotte was spotted sticking out her tongue in a cheeky moment. At three years old, the young royal has already proved to be quite a ham for the cameras, often sharing a parting wave or pulling funny faces during official appearances. So even though she was technically not on display for Tuesday’s event, of course she was the star in her own way.

Her parents Prince William and Kate Middleton, great-grandparents Queen Elizabeth and Prince Philip, grandparents Prince Charles and the Duchess of Cornwall, and aunt and uncle Meghan Markle and Prince Harry, meanwhile, were out in full force for their fans, cheering on the celebration from the Palace balcony. 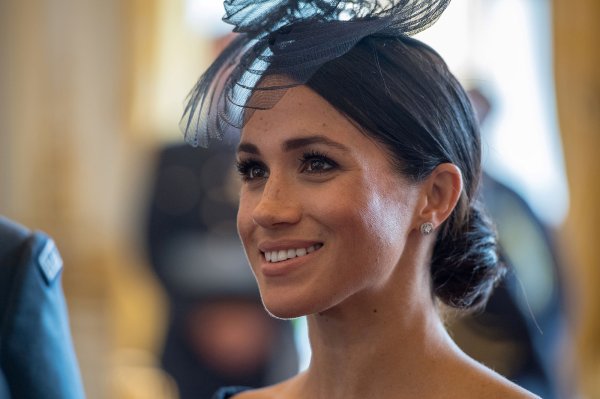