The Best Way to Get People to Tell the Truth, According to Science

Getty Images
Ideas
By Eric VanEpps
VanEpps is an assistant professor of marketing at the David Eccles School of Business at the University of Utah.

“Did your campaign coordinate with the Russian government during the 2016 election?”

If you ask me a question, you expect my response to be truthful. Otherwise, why would you even bother to ask the question? But it turns out that changing the way you phrase a question can affect whether people answer honestly or whether they conceal the truth.

In a series of studies published in the journal Organizational Behavior and Human Decision Processes, my colleagues and I tested how question phrasing influenced how people respond in competitive settings such as negotiations or job interviews, where people are strategic about what information they choose to reveal.

For example, in one of our studies, we asked lab participants to sell a used electronic device to a fictitious buyer (who was actually a member of our research team). One of the things we told the participants was that the device had frozen in the past and lost all stored music — a serious problem that any buyer would want to know. But it turned out that whether they shared that information depended on the type of question they were asked. When the buyers inquired “What problems does it have?”, 89% of our sellers answered truthfully and mentioned the history of crashing. However, when asked the more polite-seeming (but less assertive) question “It doesn’t have any problems, does it?”, only 61% of sellers mentioned that the device had crashed. Worse still was when the buyers asked them the general question “What can you tell me about it?”: only 8% of these sellers ever disclosed the truth about the device’s history of crashing.

When we asked the sellers about their impressions of the buyers, the results were clear: those who asked, “What problems does it have?” were rated as the most knowledgeable and assertive, and these impressions predicted whether sellers told the truth.

Why do people respond so differently depending on how a question is phrased? It’s because some questions reveal more information than others. Presumptive questions communicate that the question asker already knows something, so it is best for the respondents to come clean and at least tell their side of the story by disclosing the information rather than be found to be lying. In a mock job-recruitment study, participants acting as employers were given a backstory about their company with both relevant and irrelevant details about the company’s history and current programs. When asked a presumptive question, participants often admitted that there had been complaints of junior-level associates feeling abused, but used the admission as an opportunity to explain that such abusive practices were typical in the industry or to pivot to a discussion of solutions that the company has started to implement.

But when questions are more general or less presumptive, respondents may figure that the question asker is not comfortable pursuing that information, and the respondent can more easily change topics without getting caught. For example, when asked a general question about the corporate culture in that same mock job-recruitment study, many respondents ignored the far more relevant complaints of abuse and instead excitedly talked about the introduction of “Casual Jeans Fridays” around the office.

If you are worried about a potential problem, ask about it directly, even to the point of directly asserting that the problem exists and asking if the respondent will contradict you. It may feel confrontational, but our research shows such questions can demonstrate that you are both smart and assertive, and they will get you a more honest response. 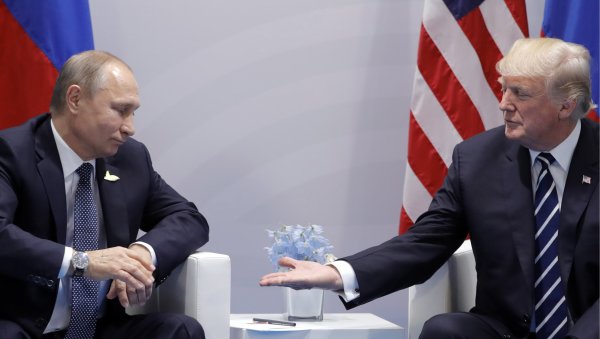 No Matter What Happens in Helsinki, Putin Has Already Won
Next Up: Editor's Pick