Family friends said that Liu Xia boarded a flight departing from Beijing on Tuesday headed for Berlin, the BBC and the Associated Press report. Her departure comes three days before the one year anniversary of her husband’s death, and amid renewed calls for her release from activists and governments around the world and the United Nations Human Rights Commission.

An accomplished poet and writer, Liu Xia was placed under house arrest by the Chinese authorities in 2010, after her husband won the Nobel Peace Prize but was unable to collect it due to his detention on political grounds. She had never been charged with a crime and was placed under close state surveillance. Concerns for her health mounted after she was heard in an April audio recording saying that she was “prepared to die” under house arrest following the loss of her husband.

Liu Xiaobo was sentenced in 2009 on charges of inciting subversion of state power after he co-authored a manifesto calling for political change in China. Despite a diagnosis of late stage liver cancer and calls from the international community to release him for urgent medical treatment, Liu Xiaobo died at the age of 61 while still imprisoned on July 13, 2017.

Observers and activists are celebrating the long awaited news of Liu Xia’s release. According to AP, Liu Xia’s brother, Liu Hui, sent his thanks to his sister’s supporters via social media. “Sister has already left Beijing for Europe at noon to start her new life. Thanks to everyone who has helped and cared for her these few years. I hope from now on her life is peaceful and happy.”

“Liu Xia never gave up on her wrongfully imprisoned late husband, and for this she was cruelly punished,” said Patrick Poon, China Researcher at Amnesty International, in response to the news Tuesday. “The Chinese authorities tried to silence her, but she stood tall for human rights. However, after eight years under illegal house arrest her health is a cause for genuine concern.”

Memorial events to commemorate the one-year anniversary of Liu Xiaobo’s death on Friday are planned in cities around the world including Hong Kong, Taipei and Berlin. 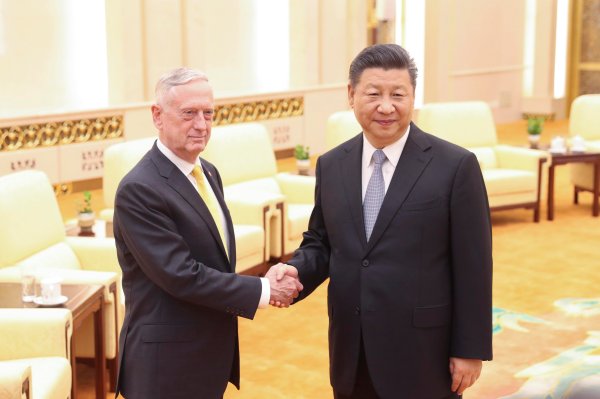 Xi Warns China Won't Give Up ‘One Inch’ of Territory
Next Up: Editor's Pick