President Trump Picked Brett Kavanaugh for the Supreme Court. Who Is He?

President Donald Trump has nominated Brett Kavanaugh as a replacement for retiring Justice Anthony Kennedy, potentially reshaping the makeup of the nation’s highest court in a conservative direction for years.

Trump’s decision — which came in a televised announcement on Monday night, less than two weeks after Kennedy announced his retirement — is part of an expedited effort by Republicans to confirm a new justice before the midterm elections in November.

White House counsel Don McGahn and outside consultant Leonard Leo, who is on leave from the Federalist Society, have been advising Trump on the decision.

Kavanaugh was consistently reported to be among the top four candidates on Trump’s shortlist, as the favorite of McGahn. He was reportedly one of the two finalists in the decision.

Trump wrestled with Kavanaugh’s past involvement in George W. Bush’s Administration, according to the New York Times. Trump criticized Bush during his presidential campaign and frequently clashed with his son, Jeb, during the Republican primaries.

Senate Majority Leader Mitch McConnell also cautioned the president and his advisors against Kavanaugh. In a series of phone calls, he warned that Kavanaugh would face a more difficult confirmation battle than the other contenders on Trump’s shortlist.

Kavanaugh came from Trump’s list of Supreme Court candidates, all of whom were approved by conservative legal organizations. Trump released his initial iteration of the list in 2016 to bolster Republican support for his presidential campaign. Exit polls indicated that the list succeeded, with a majority of Trump voters reporting that Supreme Court appointments were the most important factor in their their voting decision.

Who is Brett Kavanaugh?

Kavanaugh clerked for Anthony Kennedy and reportedly remains close to the justice. Some have speculated that Kavanaugh’s position on Trump’s shortlist made Kennedy more inclined to retire.

Kavanaugh was tapped by Bush for the D.C. Circuit Court in 2003, but Democrats stalled his appointment for three years, arguing that he was too partisan. Sen. Chuck Schumer said, “Brett Kavanaugh’s nomination … is not just a drop of salt in the partisan wounds, it is the whole shaker.” Kavanaugh disagreed, saying “I firmly disagree with the notion that there are Republican judges and [Democratic] judges. There is one kind of judge. There is an independent judge under our Constitution.” Only four Democrats voted to confirm him.

Where did Kavanaugh go to college?

Brett Kavanaugh earned both his undergraduate and law degrees from Yale University. He would continue a trend of Ivy League educated Supreme Court justices — the current bench is entirely composed of attendees of Harvard and Yale law schools.

How old is Kavanaugh?

At age 53, Kavanaugh was the oldest candidate that Trump interviewed for the position. However, if confirmed, he would still be the second-youngest justice on the Supreme Court — only three years older than Trump’s first pick, Neil Gorsuch.

What was Kavanaugh’s involvement with Bush and Clinton?

He also participated in Kenneth Starr’s investigation into President Bill Clinton’s affair with Monica Lewinsky. He later wrote that he regretted participating, because he thinks presidents should be exempt from “time-consuming and distracting lawsuits.”

What decisions has Kavanaugh made in the past?

In a variety of cases, Kavanaugh has historically ruled in favor of large business, including telecommunication companies, insurance companies, cable companies, and the auto industry.

In one of his notable decisions, Kavanaugh voted to reject a Washington, D.C. ban on handguns, semi-automatic firearms and automatic firearms. He wrote a dissent based on the logic of Heller v. District of Columbia, stating that courts should assess gun regulations “based on text, history and tradition.”

In 2012, he also authored an opinion to uphold a South Carolina voter ID law, which critics argued could disenfranchise voters.

Kavanaugh has also expressed an expansive view of the government’s power. In Al Bahlul v. United States, Kavanaugh upheld a military commission’s conviction of Osama Bin Laden’s driver, making an argument for a limited judicial scope in his concurrence. He wrote that “the federal courts are not empowered to smuggle international law into the U.S. Constitution and then wield it as a club against Congress and the President in wartime.”

Has Kavanaugh ruled on abortion?

Recently, Kavanaugh dissented when the D.C. Circuit required the U.S. government to allow an abortion for a 17-year-old illegal immigrant. He had blocked the abortion for 10 days until his ruling was overturned. In his dissent, he wrote that his colleagues were creating a “new right for unlawful immigrant minors in U.S. government detention to obtain abortion on demand.”

During his confirmation hearing, Kavanaugh was asked whether he could identify any “pro-choice” judges. He responded that “I don’t know, and we don’t ask, what someone’s position on issues like that is.”

What is Kavanaugh’s judicial philosophy?

Kavanaugh has historically applied principles of textualism and originalism to cases — legal traditions that advocate for an interpretation of the Constitution based on the meaning that the text would have had at the time it was written.

In a 2017 speech at Notre Dame Law School, Kavanaugh spoke of his “visions of the rule of law as a law of rules, and of the judge as umpire,” referring to a famous metaphor introduced by Chief Justice Roberts.

“Text matters. The text of a law is the law,” he said. “When the text is clear, the court says, follow the text … And Justice Scalia is largely to thank for that.”

What do Republicans and Democrats think of Kavanaugh?

Kavanaugh has faced criticism from conservatives who say he may be too moderate. In particular, some have taken issue with his ruling on the Affordable Care Act’s individual mandate, arguing that it provided a roadmap to the Supreme Court’s later decision to uphold the law. They also worried that he did not go as far as another conservative judge in his abortion ruling.

Some conservatives are also concerned about Kavanaugh’s involvement in the Bill Clinton investigation, during which he argued that Clinton could be impeached for lying to his employees and misleading the public. With the ongoing Russia investigation, this line of reasoning could be damaging to Trump.

Some Democrats have already begun speaking against Kavanaugh. Chuck Schumer tweeted last week that Kavanaugh would be a poor check on presidential power and noted that he had historically sided with powerful interest groups. 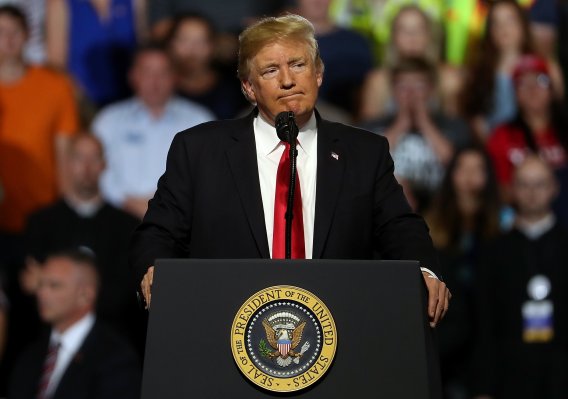 Inside Donald Trump's Supreme Court Deliberations
Next Up: Editor's Pick