Iranian women are dancing in public and posting videos of themselves online to protest the arrest of a teenage Instagram star.

Maedeh Hojabri gained a large social media following for her dancing videos. To the tune of Western and Iranian pop and rap music, the teenager bopped and twirled in her bedroom without wearing the compulsory Islamic headscarf or hijab.

In Iran, women are required to cover their hair while out in public, and dancing with the opposite sex is prohibited unless it is in front of immediate family members, according to the BBC.

Hojabri appeared on state television Friday and confessed to violating moral conventions, in what activists say was a forced appearance. She was one of several people recently detained on similar charges before being released on bail, the Associated Press reports.

“It wasn’t for attracting attention,” she said, according to the Guardian‘s translation. “I had some followers and these videos were for them. I did not have any intention to encourage others doing the same … I didn’t work with a team, I received no training. I only do gymnastics.”

Hojabri’s account has since been suspended, but social media users have been sharing her videos.

With hashtags that translate as #dance to freedom and #dancing_isn’t_a_crime, Iranian women, many also without the mandatory hijab, have started posting their own videos in support of Hojabri.

In an Instagram post translated by the Guardian, blogger Hossein Ronaghi wrote, “If you told people anywhere in the world that 17 and 18-year-old girls are arrested for their dance, happiness and beauty on charges of spreading indecency, while child rapists and others are free, they would laugh! Because for them, it’s unbelievable!”

In 2014, six Iranians, three men and three unveiled women, received suspended sentences of one year imprisonment and 91 lashes for a video that showed them dancing on Tehran’s rooftops to Pharrell William’s song “Happy.” 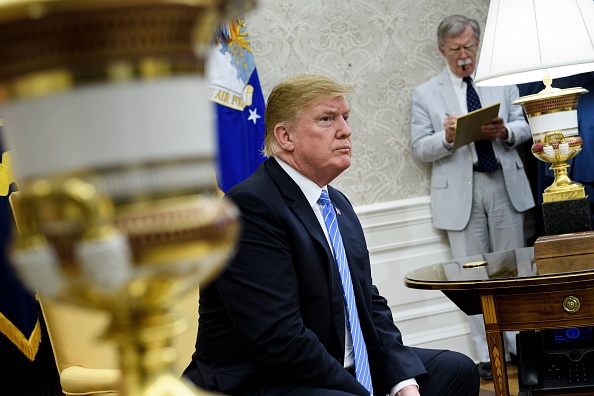 Iran Sanctions Will Be a Tough Sell for Trump at NATO Summit
Next Up: Editor's Pick