After its 2-0 victory over Sweden on Saturday, England is advancing to the World Cup semifinals for the first time since 1990.

As celebrations rage, and ahead of the team’s next bout, you may have noticed lots of English fans saying, “It’s coming home.” Here’s what the phrase means, and where it comes from.

“It’s coming home” makes up the chorus of the 1996 song “Three Lions,” by The Lightning Seeds. The song was created, with the help of comedians David Baddiel and Frank Skinner, to commemorate England hosting the 1996 European Football Championship, its first hosting gig since the 1966 World Cup, according to the BBC. With lyrics like, “England’s gonna throw it away, gonna blow it away,” and “thirty years of hurt,” the song was meant to lovingly poke fun at the bittersweet existence of British soccer fans, according to the Independent.

The chorus’ iconic line refers to soccer returning to England, its birth home. The game officially branched off from rugby there in 1863, with the creation of the Football Association in England, according to FIFA. That group was soccer’s (or football’s) first governing body, FIFA says.

Though the song is more than 20 years old, U.K. soccer fans still use “It’s coming home” as a rallying cry, echoing through stadiums and social media networks alike. Even David Baddiel, one of the comedians who helped create the song, has joined in the fun to celebrate England’s advancing team.

This original version of this story misstated the region whose team made the World Cup semifinals. It is England, not the U.K. 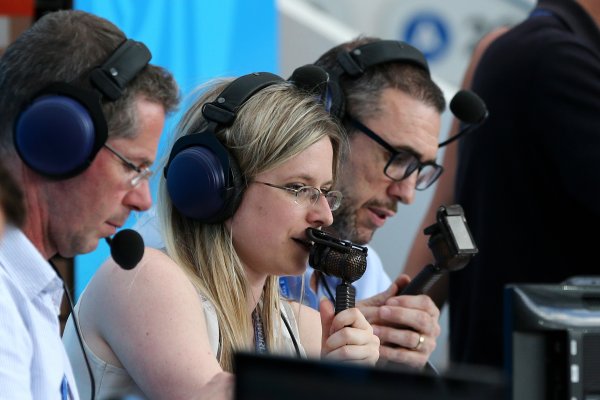 Female Sports Reporters Are Blowing the Whistle on Sexist Behavior at the World Cup
Next Up: Editor's Pick