Scott Pruitt's EPA Resignation Is a Win for Environmental Groups. But It's Complicated

Environmental groups have spent the past year targeting Environmental Protection Agency administrator Scott Pruitt both as a disaster for the environment and as a model of corruption.

Now that Pruitt officially announced he was stepping down from the EPA Thursday, green groups that have fought so long to stop him say his resignation will bring a whole new set of challenges. Deputy EPA administrator Andrew Wheeler, who will take over Pruitt’s job until the Senate confirms a replacement, is a former coal lobbyist who supporters and detractors of Trump’s agenda expect to continue Pruitt’s agenda effectively.

“We have no illusion both about how far Scott Pruitt is from the kind of administrator that we need and also how dangerous Andrew Wheeler would be,” Michael Brune, executive director of the Sierra Club, told TIME before Pruitt’s resignation.

Wheeler’s resume reads like an environmental advocate’s nightmare for green groups that push for stronger environmental protection. The former lobbyist served as a close advisor to GOP Sen. James Inhofe of Oklahoma, widely regarded as the Senate’s most prominent voice questioning the science of climate change, on the Senate Environment and Public Works Committee. In that position, Wheeler fought air pollution regulations and opposed efforts to address climate change, helping stymie some of the early bipartisan efforts to deal with the issue.

Later, Wheeler worked as a lobbyist representing Murray Energy and its CEO Robert Murray, a prominent Trump backer who denies the science of climate change. He continued in that role through last year and lobbied the Trump Administration on behalf of Murray Energy even while being considered for the deputy administrator role at the EPA.

But, beyond the resume, perhaps the biggest reason for environmental groups to fear Wheeler is his simple lack of notoriety. Pruitt’s long list of scandals — from his controversial arrangement renting a Capitol Hill condo from a Washington lobbyist to his use of agency staff to run personal errands — attracted constant media attention that painted the EPA in a negative light. A slew of political staffers resigned in recent months as the agency’s working environment deteriorated, stretching thin the resources to execute on Pruitt’s policy agenda.

Wheeler’s scandal-free clean slate may give him an opportunity to pursue Trump’s agenda with the EPA no longer in the spotlight, though it’s unclear how long he’ll be running things at the agency as he has said in the past he’s not interested in the top job. Jeff Holmstead, an EPA assistant administrator under George W. Bush who is now an energy lawyer at the law firm Bracewell, told TIME in an email that Wheeler “may actually be more effective than Pruitt” thanks to his experience in Washington and starting off fresh at the agency.

In many ways, Wheeler is the polar opposite [of Pruitt],” said Holmstead. He’s very low-key.”

Pruitt’s departure also means environmental groups will lose a well-recognized foe who they used to galvanize their supporters and ask for donations. Pruitt’s notoriety, which was bolstered by his penchant for high-profile events in addition to his constant stream of eyebrow-raising scandals, gave a profile that far exceeded that of a typical EPA chief. And, in turn, Pruitt provided fuel to rally in opposition to him.

Despite all this, environmental groups celebrated Pruitt’s departure, which they have been pushing for with a series of campaigns including through television ads on Fox & Friends, widely describing it as an opportunity for a reset at the EPA. Still, they insist they will not rest on their laurels.

“If Scott Pruitt is forced out,” Brune said, “we’ll move straight to Wheeler.” 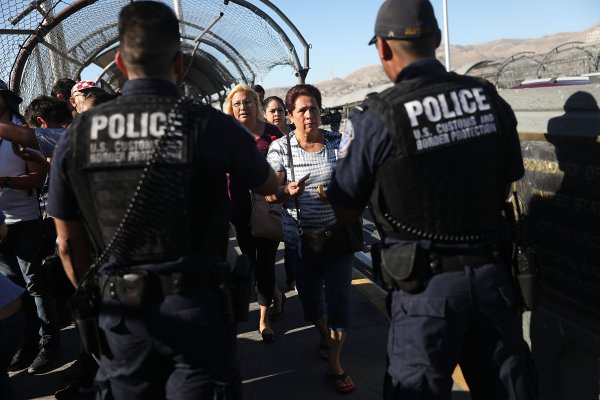