(Bloomberg) — A ship carrying U.S. soybeans is steaming toward northern China in a race to beat a 25 percent tariff.

Peak Pegasus is expected to arrive in Dalian on Friday, the same day that China is scheduled to impose tariffs on imports from the U.S., according to shipping data compiled by Bloomberg and a person familiar with the matter. If it arrives as scheduled, it should be able to clear customs before the tariffs are imposed, according to the person, who asked not to be identified because they’re not authorized to speak to the media. Ship-tracking data currently shows it arriving at about 5 p.m. local time.

China plans to impose tariffs on $34 billion of American imports — including soybeans — from July 6 in retaliation against a raft of duties set to be imposed by the U.S. on the same day. Neither country specified a time when they announced the tariffs and China has said it won’t impose the taxes before the U.S. Beijing is 12 hours ahead of Washington.

Soybeans have been a key battleground in escalating trade tensions between the two countries as China is the world’s biggest importer and America’s largest customer in trade worth $14 billion last year. The Asian country is expected to cancel or re-sell U.S. soybeans due to the additional duties and purchased 19 cargoes from Brazil last week. China typically imports from Brazil at this time of year before switching to the U.S., spurring concerns about a deficit in the fourth quarter.

Soybeans on the Chicago Board of Trade tumbled 14 percent last month due to the escalating trade tensions. The oilseed, the most exposed of all assets to a trade war, is now a buy, according to Goldman Sachs Group Inc. In China, soybean meal futures rose 4 percent on concerns about a possible shortage looming. China imports soybeans to process into soybean meal for its livestock industry. 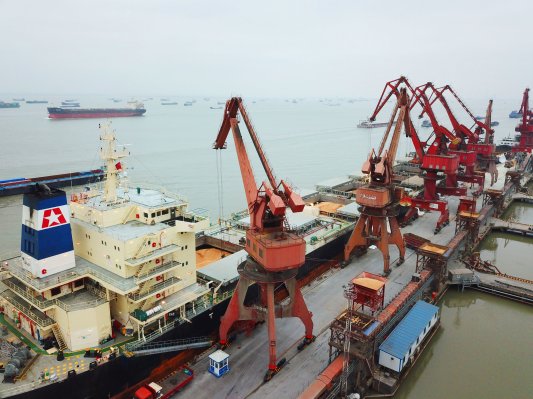 Republican Allies Warn Trump on Trade
Next Up: Editor's Pick