Ohio Statehouse on May 16, 2014 in Columbus, Ohio.
Raymond Boyd—Getty Images
By Jennifer Calfas

A bill up for consideration by Ohio lawmakers would require teachers and doctors to tell parents if their child is transgender or appears to be questioning their gender identity.

The controversial bill, which has been criticized by the LGBTQ community and advocacy groups, focuses on the rights a parent has, as the bill says, in knowing whether or not their child is experiencing gender dysphoria.

The bill ultimately would require adults working with these children (like teachers, health care professionals or counselors) to immediately inform parents if their child is transgender. Under this law, treatment — which ranges from counseling to therapy to medical services — without this kind of consent would be a fourth-degree felony.

“If a government agent or entity has knowledge that a child under its care or supervision has exhibited symptoms of gender dysphoria or otherwise demonstrates a desire to be treated in a manner opposite of the child’s biological sex, the government agent or entity with knowledge of that circumstance shall immediately notify, in writing, each of the child’s parents and the child’s guardian or custodian,” House Bill 658, known as the Parent’s Rights Bill, reads.

The bill was first introduced in May by two state Republican lawmakers, Rep. Paul Zeltwanger, and Rep. Thomas Brinkman, who has said that “parents have a fundamental right to decide what is best for their children,” according to the Cincinnati Enquirer.

The bill will be up for consideration by the Ohio state legislature in the fall.

A recent study, detailed by the Cincinnati Enquirer, found that 64% of LGBTQ youth in Ohio heard “negative comments” about their gender identity or sexual orientation from their family. Separate research from the National Center for Transgender Equality found that transgender youth who had unsupportive families were more likely to have attempted suicide and more likely to experience homelessness than those with supportive ones.

Equality Ohio, a LGBTQ rights organization based in the state, said in a statement last month that the bill was “anti-trans youth.”

“This unnecessary and discriminatory bill does nothing to support youth and families,” Equality Ohio. “In fact, it puts the livelihoods of some of our most vulnerable youth––transgender youth––further at risk with bullying and discrimination by potentially forcing teachers to out them.” 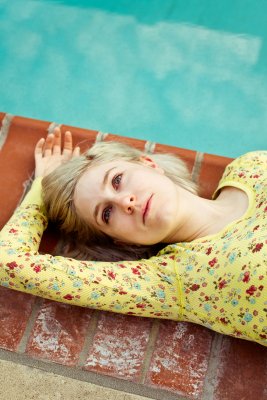 Children of LGBTQ Parents Reflect on Their 'Coming Out'
Next Up: Editor's Pick