Announcers attributed the generally lower scores this Fourth of July to the high heat and humidity. At 91 degrees and sunny, the leading eaters were sweating profusely as they chowed down.

But the heat didn’t stop Chestnut. He bested last year’s record of 72 hot dogs. The victory was not without drama, however. After a brief judging dispute, it was revealed that Chestnut had eaten many more hot dogs than the running tally had indicated.

Nathan’s Hot Dog Eating Contest, which takes place on Coney Island in Brooklyn, New York, has become must-see TV for many families on July 4. More than 20,000 people turn out to watch the competition and ESPN broadcasts the eating contest live to over 1 million viewers.

Interest in the competition has grown in recent years thanks in large part to the rivalry of star eaters like Chestnut.

Chestnut first won the Nathan’s Hot Dog Eating Contest in 2007, when he ate 66 hot dogs to set a new world record and defeat six-time defending champion Takeru “Tsunami” Kobayashi. He went on to win every year until 2015, when he was defeated by Stonie, who ate 62 hot dogs to Chestnut’s 60.

Following his 2017 win, Chestnut declared, “I definitely have room for more… I’m looking forward to next year.”

Chestnut and Sudo each won a $10,000 first place prize. The remainder of the $40,000 prize purse was divided between the runners up in the men’s and women’s sections.

George Shea, who has hosted the contest since 1991, gave extra attention to the reigning champion this year. Known for his outlandish pre-contest comments, he introduced Chestnut as “the champion of now and of always.” As Chestnut pulled ahead in this year’s contest, the crowd took up chanting his name. 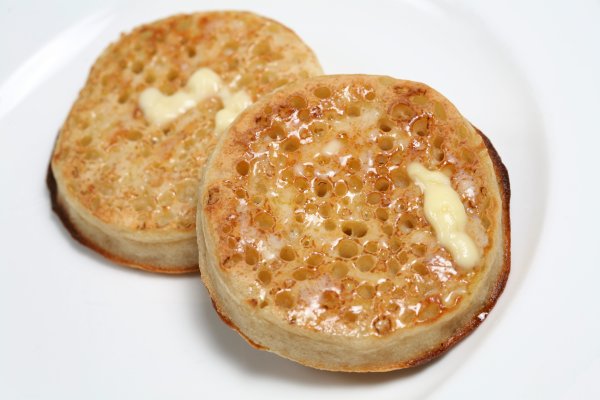 Brits Are Running Low on Crumpets and Beer as CO2 in Short Supply
Next Up: Editor's Pick