Google appears to be celebrating the Fourth of July this year with a smattering of food and an array of ingredients.

This year’s Google Doodle that celebrates Independence Day features an interactive map with recipes for dishes popular in each U.S. state and territory. Google published its Google Doodle — which appears on the Google homepage on special occasions — a day before the Fourth of July “to encourage exploration” for Americans as they plan their holiday cookouts and meals. The Google Doodle features the most-searched recipes in each area.

Some of the dishes included in the Google Doodle are apple pie for Maine, tortilla soup for Texas, hamburgers for Iowa and North Dakota, banana bread in Wyoming and goulash for Michigan. Google also provided dishes for U.S. territories like Puerto Rico and Guam, featuring tembleque and fried chicken, respectively.

The Google Doodle features more information on each dish, and a link to the Google search results for each recipe. (Surprisingly, hot dogs were not among the most-searched food items in the U.S. ahead of the holiday.)

Google Doodle animations on the Fourth of July in the past featured traditionally patriotic imagery, with American flags and bald eagles. The emphasis on food and relaxation for the holiday has been recognized in the past, with cookouts and beach getaways depicted in Google Doodle drawings in the past. 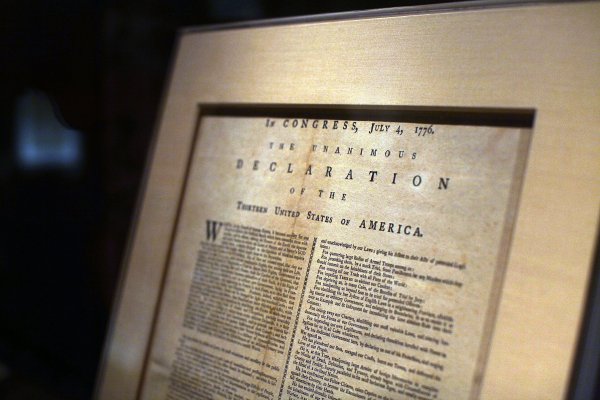 What British People in 1776 Really Thought of American Independence
Next Up: Editor's Pick