President Donald Trump is continuing his attacks against Maxine Waters, calling the California Democratic representative “crazy” and saying her behavior will “make people flee the Democrats.”

Trump and Waters have been sparring since Waters encouraged people at a Los Angeles event last month to make Trump administration officials uncomfortable if they spot them in public. “If you see anybody from that Cabinet in a restaurant, in a department store, at a gasoline station, you get out and you create a crowd,” Waters said. She later said on MSNBC that people are “going to protest, they are going to absolutely harass” Trump staffers.

Waters made the comments amid heightened political tensions over the Trump administration’s “zero tolerance” immigration policies. They also came after a number of Trump officials, including Press Secretary Sarah Huckabee Sanders, were accosted or denied service at restaurants.

Waters said that she had received several death threats in the days following her first comments. Addressing a rally in Los Angeles on Saturday, she addressed those threats, saying “all I have to say is this, if you shoot me you better shoot straight, there’s nothing like a wounded animal,” The Hill reported.

Waters appearance at the rally came after she had had to cancel two other events planned for the weekend in Texas and Alabama after receiving what she described as “one very serious death threat.” Waters has said that she has received more threats than before since the President claimed on June 25 that she “called for harm” to his supporters, concluding “be careful what you wish for Max!”

The pair’s exchange has prompted further discussion about civility in political discourse. Some top Democrats, including Sen. Chuck Schumer and Rep. Nancy Pelosi, have criticized Waters for her comments. That has not stopped Waters, however, who has continued to criticize the President. 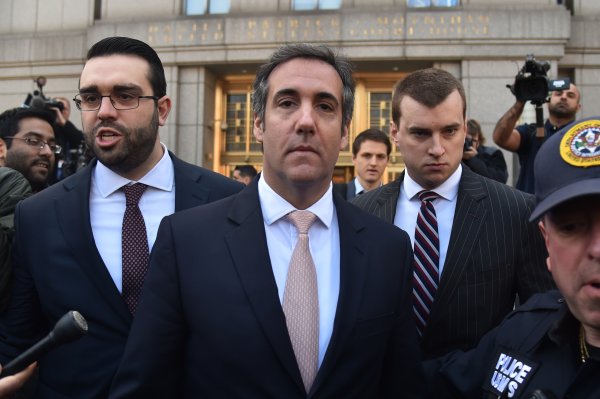 Cohen Says He Puts ‘Family and Country’ Before Trump
Next Up: Editor's Pick