A woman who was harassed by Jarrod Ramos, the gunman accused of shooting and killing five employees at the Capital Gazette newspaper in Maryland on Thursday, says she felt “tormented and traumatized” by the suspect.

“I would be afraid that he could show up anywhere at any time and kill me,” Lori, who said Ramos harassed her and who asked for her full name to be withheld, told NBC News in an interview. “I have been tormented and traumatized and terrorized for so long that I think it has changed the fiber of my being.”

Ramos unsuccessfully attempted to sue the Gazette for defamation over a 2011 story titled “Jarrod wants to be your friend,” which detailed the harassment lawsuit filed against him. The article, which describes Lori’s experience as a “year long nightmare,” details how Ramos sent Lori a friend request on Facebook, which “sparked months of emails in which Ramos alternately asked for help, called her vulgar names and told her to kill herself.”

Ramos eventually pled guilty to harassment. He was sentenced to 18 months of supervised probation and was ordered to attend counseling.

“He reached out to me via email to ask if I remembered him from high school and I replied to him nicely that I did not,” Lori told NBC. After several exchanges, Lori said, “He said ‘F you, go kill yourself, you’re going to need a protective order’ … he’s very cold. He’s very calculated. He’s very intelligent.”

Police said Friday that Ramos had been investigated in 2013 for making threats against the newspaper online, but the Gazette decided not to press charges at the time. “There was a fear that doing so would exacerbate an already flammable situation,” said Timothy Altomare, chief of Anne Arundel county police. 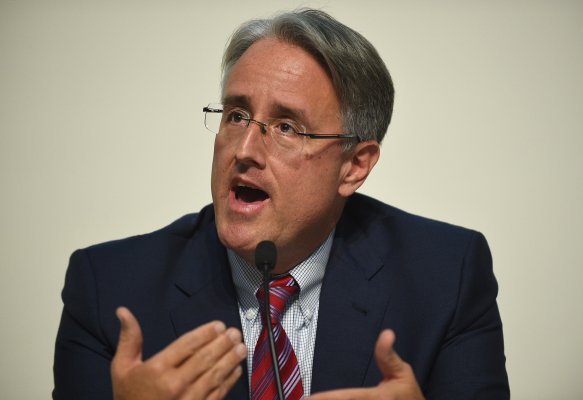