A North Korean missile production facility in the city of Hamhung is seen from a satellite image taken on June 29, 2018.
Planet Labs Inc/Reuters
By Bloomberg

North Korea continued to develop a key rocket-engine facility in the run-up to Kim Jong Un’s summit with U.S. President Donald Trump, according to an independent analysis of satellite imagery.

The Middlebury Institute of International Studies report found that North Korea has recently expanded a factory complex in the eastern city of Hamhung that produces key engines for solid-fuel ballistic missiles. The factory also makes other missile components, including re-entry vehicles for warheads that could be used on longer-range missiles capable of reaching the U.S.

“The expansion suggests that, despite hopes for denuclearization, Kim Jong Un is committed to increasing North Korea’s stockpile of nuclear-armed missiles,” the report’s authors David Schmerler and Jeffrey Lewis wrote.

The analysis, which was first reported by the Wall Street Journal, is the latest to undercut Trump’s assurances that North Korea is “no longer a nuclear threat” after his June 12 meeting with Kim in Singapore. U.S. intelligence officials have separately concluded that Kim was seeking to conceal his nuclear weapons stockpile and had no intention of surrendering his arsenal, NBC News reported.

The Middlebury report examined imagery from the weeks before the Trump-Kim summit, in which Kim agreed to “work toward complete denuclearization of the Korean Peninsula.” The expansion efforts came after the North Korean leader made a similar denuclearization pledge during his April 27th meeting with South Korean President Moon Jae-in.

The factory in question produces wound-filament airframes and nozzles for engines used in solid-fuel missiles, particularly the Pukguksong series of rockets, the report said. Such missiles are more concerning to U.S. military planners because they can be kept hidden while fueled, making them easier to deploy and harder to target during any attack.

The expansion suggests that Kim is working to make good on his May 2017 order — following a successful test of a Pukguksong-2 missile — to “rapidly mass-produce” the rocket. While Kim has subsequently pledged to halt nuclear-weapons tests, he hasn’t said anything about production and has made no commitment to disarm.

U.S. Secretary of State Mike Pompeo is working to firm up those commitments in the wake of the summit, with the Financial Times reporting that he plans to soon visit Pyongyang. Pompeo spoke with South Korean Foreign Minister Kang Kyung-wha by telephone on June 29 to discuss the next steps in negotiations. 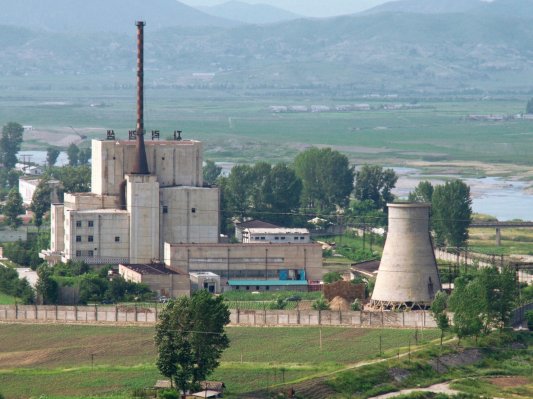