You're Probably Not Washing Your Hands Right, Study Says

People fail to properly wash their hands while cooking 97% of the time, potentially opening them up to food-borne illnesses such as salmonella, norovirus and E. coli, according to a study from the U.S. Department of Agriculture’s Food Safety and Inspection Service (FSIS).

FSIS, in partnership with researchers from RTI International and North Carolina State University, sorted 383 people into one of two groups. About half the sample watched a three-minute video about safe food preparation and using food thermometers, while the other did not get any guidance. All of the individuals were then sent into test kitchens outfitted with cameras and told to prepare turkey burgers and salads.

The researchers observed that people who had watched the video were significantly more likely than the control group to use a meat thermometer properly while making their turkey burgers. But across both groups, the researchers found that almost nobody — just 2% of the video group, and less than 1% of the control group — followed all recommended hand-washing practices. (The video did not specifically describe good hand-washing techniques.)

The most common issue, they found, was failing to rub hands with soap for the recommended 20 seconds, followed by not wetting hands with water. The researchers also observed that individuals only washed their hands after a possible cause of cross-contamination — such as handling raw meat — in about a third of instances.

After the experiment, researchers tested food samples and test kitchen surfaces for bacteria. They found that almost half of participants contaminated spice containers, about 10% contaminated faucets or refrigerator handles and about 5% contaminated their cell phones or lettuce used in their salads.

“You can’t see, smell or feel bacteria,” Acting USDA Under Secretary for Food Safety Carmen Rottenberg said in a statement. “By simply washing your hands properly, you can protect your family and prevent that bacteria from contaminating your food and key areas in your kitchen.” 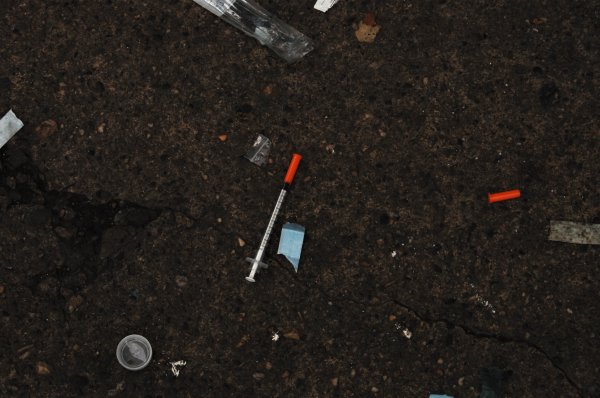 Researchers May Have Underestimated the Number of Opioid Overdose Deaths
Next Up: Editor's Pick