Why July Is the Most Dangerous Month To Go Swimming

Just in time for swimming season, the Centers for Disease Control and Prevention (CDC) has issued a new report on disease outbreaks associated with swimming in rivers, lakes and oceans.

Between 2000 and 2014, public health officials in 35 states, plus Guam, reported a total of 140 disease outbreaks associated with swimming in untreated recreational waters — mainly at beaches and bodies of water in public parks, the report says. These outbreaks led to 4,958 illnesses and two deaths.

The vast majority of outbreaks with a confirmed cause were linked to gastrointestinal pathogens such as norovirus, Shigella and E. coli. People typically get sick from these illnesses when they accidentally ingest water contaminated by fecal matter. Such contamination can happen through wastewater and sewage runoff, flooding or someone defecating while swimming, the report says.

Most of the remaining outbreaks were caused by parasites transmitted by birds present in recreational waters, toxins and chemicals or harmful algal blooms, the report says. The two deaths were caused by Naegleria fowleri, a rare type of freshwater ameba that enters the nose and destroys brain tissue.

The majority of outbreaks struck between June and August, and nearly 60% happened in July.

Those who choose to swim in untreated waters should use caution in those that are shallow, poorly circulating, over-crowded, far from toilets and other hygiene facilities or frequented by young children with “no or limited toileting skills,” the report says. Swimmers should also steer clear of water that’s “discolored, smelly, foamy or scummy” and avoid swimming after high rains or floods, according to the CDC.

To reduce disease transmission, the CDC says people should avoid entering public waters if they’re sick and do their best to avoid swallowing water while swimming. Organizations that maintain swimming areas should also try to minimize flooding and runoff contamination, keep wildlife away from swimming areas as much as possible and regularly monitor aquatic bacteria levels, the CDC says. 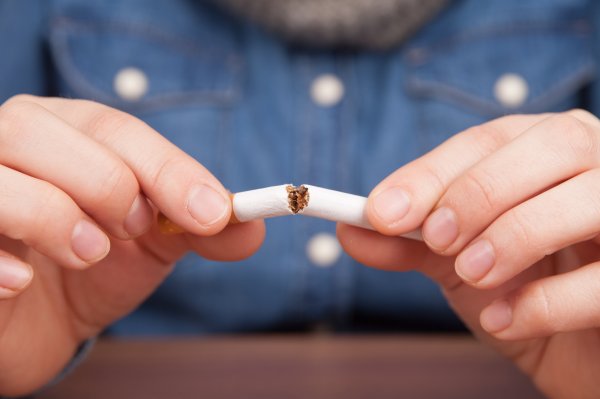 Fewer American Adults Are Smoking Than Ever Before
Next Up: Editor's Pick