What Does the Supreme Court’s Ruling on the Travel Ban Really Say?

For President Trump, the Supreme Court’s ruling on his travel ban could be summed up in a word. “Wow!” he tweeted.

In one of its final decisions of the term, the Supreme Court on June 26 rejected a challenge to Trump’s September 2017 order banning entry to the U.S. for citizens of some Muslim-majority nations, a big win for the Administration on a policy that has been mired in the courts for months. But Trump’s simple exclamation belies the complex divisions and revelations within the decision.

Chief Justice John Roberts wrote for the majority that the government showed sufficient national-security justification for the order and that the demographics of the countries it affected weren’t proof of “religious hostility.” Justice Sonia Sotomayor, joined by Justice Ruth Bader Ginsburg, disagreed. In a stinging dissent, she accused conservative Justices of “ignoring the facts” of how the order had been advertised. (The other two liberal Justices joined in a different dissent.)

This wasn’t the court’s only hot-button-issue case this term. It also said that California couldn’t force crisis pregnancy centers to advertise state abortion services, held that law enforcement needs a warrant to pull cellular site records, ruled narrowly in favor of a baker who refused to make a wedding cake for a same-sex couple, and sided with Republicans in two gerrymandering cases.

But the travel ban was always going to be the most political, and Justices on both sides of the ideological spectrum took pains to separate themselves from what is now considered one of the court’s most shameful decisions. The court officially overturned 1944’s Korematsu v. United States, which infamously upheld the constitutionality of the internment of Japanese Americans during World War II and which has been the subject of comparisons to current immigration policies by the Administration’s opponents.

For SCOTUS watchers, of all the opinions issued by the court on this case, the one to pay attention to was Justice Anthony Kennedy’s concurrence. Siding with the majority, he also urged officials to remember the importance of religious tolerance with a poeticism that some attributed to a man who might not have many opinions left to write. Sure enough, the next day, Kennedy, 81, announced his retirement (see page 26). “An anxious world must know that our Government remains committed always to the liberties the Constitution seeks to preserve and protect,” he wrote, as if seeking an epitaph for his career on the bench, “so that freedom extends outward, and lasts.” 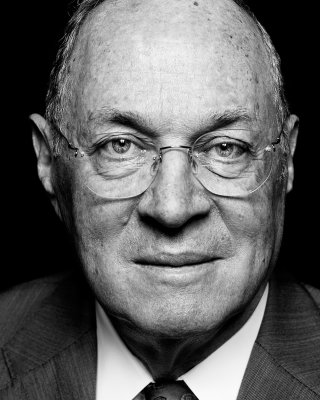 With Justice Kennedy Gone, It's Trump's Court Now
Next Up: Editor's Pick