Krauthammer—pictured in Washington, D.C., in 1985—was a contributor to TIME beginning in the early 1980s
Ray Lustig—The Washington Post/Getty Images
By Nash Jenkins

If William F. Buckley Jr. was the monarch of 20th century American conservatism, then Charles Krauthammer, who died of cancer on June 21 at age 68, was its best general: an intellectual hurricane who could turn the often sloppy craft of ideological warfare into an elegant art. His writing on U.S. politics inspired and sustained a generation of conservative policymaking; even those who strongly disagreed with him could not deny his influence. His legacy–particularly with regard to the Iraq War, for which he cheered–is worthy of the sort of serious consideration at which he was so preternaturally good.

But I will remember Charles Krauthammer first and foremost as a man of deep compassion. In June 2017, my father sustained a spinal-cord injury while surfing in Nicaragua, leaving him paralyzed from the chest down. Two weeks later, he received an email from Krauthammer, who was himself a quadriplegic–a fact unknown to many of even his deepest fans and a testament, perhaps, to the energy of his presence–and who had happened to have briefly met my father at an event in Washington several months earlier.

It was a note of optimism recounting his own recovery. After I heard of Krauthammer’s death, I returned to his email. One line has stuck with me: “I wish only to assure you from my own experience … that it can be a very good life indeed.” 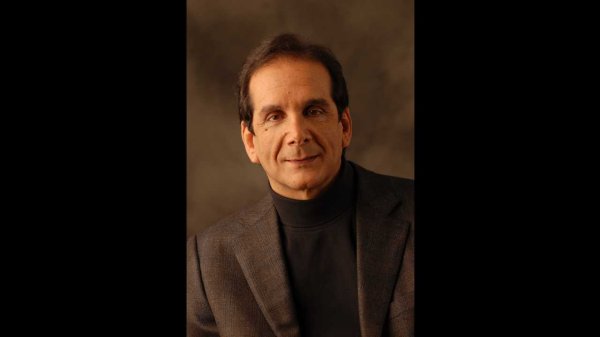 Charles Krauthammer Reveals He Has Terminal Cancer
Next Up: Editor's Pick