It’s Hard to Watch Sharp Objects, and Even Harder to Look Away

Amy Adams still has cuts on her thumb from where she would rub the screen of a cracked iPhone on the set of her new series Sharp Objects, premiering July 8 on HBO. At first glance, the miniseries looks like a straightforward thriller: Adams plays Camille, an intrepid reporter who returns to her small Missouri hometown to investigate the murders of two girls.

But Sharp Objects, based on the first novel by Gone Girl author Gillian Flynn, turns out to be something much darker and more ambitious than your average whodunit. The true mystery isn’t what happened to the missing girls–it’s what’s haunting Camille, who must confront the ghosts in her relationships with her domineering mother (Patricia Clarkson) and estranged half sister (Eliza Scanlen).

An alcoholic and a cutter, Camille sustains herself throughout the day by taking sips from a water bottle she covertly fills with vodka and pressing her fingers into those small iPhone fissures. She wears long sleeves to cover bigger wounds: the words she has literally carved into her skin. When the first episode of the show premiered at the ATX Television Festival in Austin, the sight of Camille’s exposed and scarred flesh drew gasps from the audience.

During a conversation at a nearby hotel, the series’ director, Jean-Marc Vallée, reflects on how wearing those prosthetics might affect an actor. “You started the day for three hours almost naked in front of a team of special effects and makeup people getting the scars put on,” he says to Adams. “You’ve said that made you very vulnerable.”

Adams nods. “I wasn’t seeing it quite as other people were,” she says. “I was, as most women will understand, trying not to look at myself naked in the mirror–that’s a whole other level of vulnerability.” Only when her husband took a photo series of her body, she says, did she understand how shocking the scars were.

When Flynn wrote Sharp Objects some 12 years ago, nobody wanted to publish it. She never imagined that one day a five-time Oscar nominee like Adams or a director like Vallée, who earned praise for his direction of Reese Witherspoon and Nicole Kidman in last summer’s Big Little Lies, would be willing to tackle such dark material. Writer Marti Noxon, a prolific showrunner with a résumé that includes Buffy the Vampire Slayer and Unreal, rounds out the killer team that represents the pinnacle of prestige television. Only with their combined star power could they turn a character study of a self-destructive woman into the most captivating show of the summer. Everyone except for Adams has already binged all eight episodes of the series. “I started watching, and I can’t,” the actor admits. “I’ve never felt more exposed, even in American Hustle–when I was literally exposed.”

Critics may be tempted to draw parallels between Sharp Objects and Big Little Lies, both HBO adaptations of best-selling mystery novels featuring marquee stars, Vallée’s eerie visuals and a commitment to telling stories about women’s pain that frequently get sidelined in Hollywood. But whereas Big Little Lies interrogates the violence men impart on women and ends with a rallying cry for sisterhood, Sharp Objects is less sudsy and more grim, concerning itself with the subtle and complex ways that women harm one another, rendered in a style that’s both surreal and haunting. “It’s Tennessee Williams on acid,” Vallée says. “There’s nothing like it.”

Flynn Wrote Sharp Objects as an antidote to the stories she saw on bookshelves a decade ago. “It was the era of chick lit, and I was sick of books about women buying shoes,” says Flynn. “Books about how female violence is passed down from generation to generation didn’t exist. Books about generations of male violence, those are called Great American Novels.”

Flynn was told that Camille wasn’t likable, heroic or inspiring enough. Even once the novel was published, the few people who approached Flynn about adapting it were more interested in its gothic mood than its central characters.

But like her famous “cool girl” monologue from Gone Girl–about how men expect women to eat junk food, chug beer and play poker, all while maintaining a size-2 figure and acting “chill” when they learn their husbands are cads–the psychology of self-harm in Sharp Objects struck a chord with many women, including Noxon. “I always see in movies or literature women in pain because of something men have done to us,” Noxon says. “But in this book the men were barely there. They were kind of impotent.” On the show, male characters like Chris Messina’s detective feel peripheral to the central drama of Camille and her family.

Noxon also had to represent Camille’s jumbled narration as memories of her childhood return. On the show, time blurs together. Old memories invade current events. Characters walk casually past ghosts only the audience can see. Sometimes Camille blacks out and finds herself in another scene. For Noxon, the style was personal. “I’m recovering from addiction to everything,” she says, “so I could relate to the idea that when you’re drinking, the past, present and even the future all gets mushy.” The effect is disorienting yet bewitching.

Once Noxon wrote the pilot, she and Flynn recruited Adams, who had once circled Flynn’s Dark Places television adaptation. “I got pregnant, and I didn’t want to live in a ‘dark place,'” Adams recalls. “I’m pretty sure I did The Muppets instead.” (The role ended up going to Charlize Theron.) Adams, in turn, tapped Vallée, who was intrigued by the actor’s determination to play a damaged woman. “It was so messed up,” he says. “I was like, if she wants to do this, I must see it.”

As in her moody sci-fi hit Arrival, Adams telegraphs a deep sadness that only grows as the story unspools. She is spellbinding even when she is catatonic. Only an occasional quip or smile signals light beneath the dour surface. If it’s an unlikely turn for Adams, who is effervescent in conversation and tends to break into song, the actor maintains that she, too, has her demons: “My inner monologue would surprise people.”

The recent success of shows like Big Little Lies, Dietland–also created by Noxon–and Killing Eve prove how hungry audiences are for complex female characters, even ones as tortured as Camille and her kin. Sharp Objects stands apart for the insightful way it demonstrates how women both internalize and externalize their struggles.

To Flynn, the three leads represent how three generations of women deal with rage. Clarkson’s Adora, raised in the 1960s to be a housewife, eats breakfast in high heels and quietly dresses her daughters down. “She has a violent but very subtle and maternal way of completely controlling her family and the town,” says Flynn. Camille, who is Gen X, seethes in silence and cuts in private. “We’re a very conflicted generation,” says Flynn. “We were raised on feminism, and when we didn’t get everything right, we blamed ourselves, we turned that anger and frustration inward.”

“It’s the perfection trap,” says Adams. “Do great things, but be cautious. Be pretty, and don’t lose your cool. If you fail, it must be your fault.”

Finally, there’s Amma, a Gen Z wild child who’s living a double life: at home, she does her hair up with bows and plays with dolls, but in town with her friends, she dresses in adult clothes and takes up the mantle of high school mean girl. “Mama says you were incorrigible,” Amma tells Camille. “I’m incorrigible too–only she doesn’t know it.” As Amma, newcomer Scanlen turns in a scene-stealing performance, reveling in her occasional cruelty.

The sheer fact that Sharp Objects exists is a testament to how quickly the television landscape has changed since the recent era when only difficult men, from Mad Men‘s Don Draper to Breaking Bad‘s Walter White, held the small screen. “I barely could sell a show called Girlfriends’ Guide to Divorce five years ago,” says Noxon. “I had male executives say to me, ‘If my wife watches this, I’m afraid she’s going to think leaving is an option.'” Even if female antiheroes are now more common, for HBO a self-destructive woman remains a gamble.

But it’s one that’s likely to pay off, if the crowd at the Austin premiere is any indication. They flinch as Camille pricks herself with a needle and groan as she empties a paper bag full of tiny liquor bottles onto her motel bed to drink herself into oblivion. Yet the applause at the end is thunderous–cheering not necessarily for Camille, but for the arrival of a twisty, and twisted, mystery to watch on long summer nights. “Not everyone is going to root for Camille,” Flynn says. “Not everyone will think Camille is likable. Who cares? She shouldn’t have to be.” 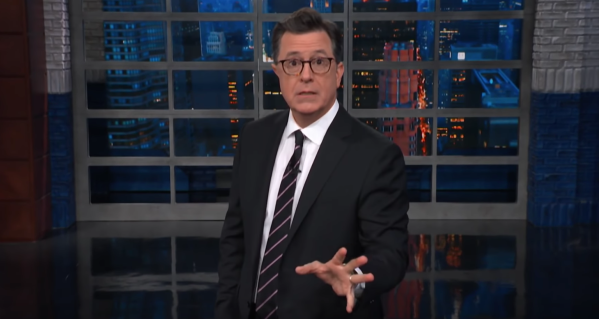