How the 14th Amendment's Promise of Birthright Citizenship Redefined America

Draft of the 14th Amendment to the United States Constitution, outlining the rights and privileges of American citizenship, ratified in 1868.
Hulton Archive/Getty Images
By Martha S. Jones

When the 14th Amendment to the U.S. Constitution was ratified on July 9, 1868 —150 years ago this Monday — it closed the door on schemes that aimed to make the U.S. a white man’s country. It was a victory that was a long time coming.

The ratification of the 14th Amendment in July 1868 transformed national belonging, and made African Americans, and indeed all those born on U.S. soil, citizens. Isaiah Wears, a veteran of the abolitionist movement, explained shortly after its passage the rights that he and other African Americans expected to thus enjoy: not only the right to vote and to select representatives, but also “the right of residence.”

The right of residence — to remain unmolested in the territory of the nation — was urgent in Wears’ view. How was it that a right that today many Americans take for granted was so urgently sought in 1868? Black Americans had lived for nearly half a century in a legal limbo. No law defined the rights of people who were no longer slaves. Freedom did not guarantee rights, nor it did not make them citizens. Caught in a debate over their status, they lived under the threat of colonization, a scheme that sought to remove them from the nation.

By the 1820s, the forces against them were formidable. Colonization societies organized to pressure black people to relocate, to Africa, Canada or the Caribbean. So-called black laws imposed restrictions on daily life, regulating work, family and sociability. The overall objective was removal — or what was variably termed self-deportation, exile or banishment. Black political leaders explained in 1831 they were under threat “by every artifice to render their situation intolerable here, as to compel them to emigrate.” Many state legislatures, north and south, were at work making the U.S. a place where black people had no future.

Removal relied upon coercion. Oppressive laws aimed to pressure African Americans to resettle elsewhere. Some lawmakers went further and proposed removal by force, threatening former slaves with re-enslavement and compulsory exile if they refused to relocate. Such was the case in 1832 Maryland when legislator Octavius Taney, brother of Supreme Court Justice Roger Taney, proposed a statute that would “facilitate the removal of the free persons of color from our state, and from the United States.” Taney assumed that black people were not citizens, and thus without rights to resist removal.

African Americans took such threats seriously, and with good reason. Proposals for their removal looked a lot like the Indian Removal of the 1830s. Black activists understood that tens of thousands of Native Americans had been forcibly relocated from the southeastern U.S., sent west to Indian Territory. During an 1831 convention, they explained how proponents of colonization stood “in the same attitude toward our colored population, as Georgia does to the Cherokee.” If state authorities could relocate Native peoples, the fate of black Americans might very well be the same.

Court rulings only added to a sense of urgency. Most notoriously, the 1857 Supreme Court in Dred Scott v. Sandford had declared that no black person could be a citizen of the U.S. At stake was Dred Scott’s freedom and whether he could sue for it in a federal court. He could not, Chief Justice Roger Taney concluded. But Taney went further, holding that the Constitution included no protections for free African Americans, thus leaving the individual states at liberty to regulate such people as they saw fit. This gave further license to removal schemes, forced and otherwise.

But on one point black activists agreed: They were citizens, as a matter of birthright.

Dramatic events made it possible for birthright to gain a full hearing. The Civil War and the emancipation of some four million slaves moved the issue to center stage in Congress. There, lawmakers worked with a long view in mind, asking who African Americans would be before the Constitution going forward. The first answer came in the Civil Rights Act of 1866, which provided: “All persons born in the United States and not subject to any foreign power, excluding Indians not taxed, are hereby declared to be citizens of the United States.” Birthright citizenship became law.

More, however, was necessary. Some worried that a mere act of Congress was vulnerable to future lawmakers who might rethink the question and amend the law. Others opined that Congress might not have the authority to define citizenship at all. The remedy for these uncertainties was a constitutional amendment, proposed by Congress and ratified by the individual states that provided for birthright citizenship. The result was section 1 of the 14th Amendment, ratified in July 1868 and guaranteeing to black Americans — and all people born or naturalized in the United States — the constitutional protection against removal.

Just months later, in January 1869, Isaiah Wears spoke on behalf of African American political leaders from across the country, heralding the advent of an era in which the “right to residence” would be protected. There were many struggles ahead for black Americans over civil and political rights. But one matter was settled. Gone were schemes that proposed to force their removal from the nation.

African American struggles of the 1800s bequeathed to those born in the 21st century the basis for the right to be free from removal, exile or banishment. The terms of the very same 14th Amendment are also today the subject of a new debate, one that asks whether birthright doesn’t too generously extend citizenship to all those born in the U.S. This pre-history of the Amendment reveals how, in the 19th century, when citizenship was loosely defined, racism could determine who enjoyed constitutional rights. Thousands of black Americans were left to live under an ever-present threat of removal. The story of their fight for the “right to residence” is a cautionary tale for our own time.

Martha S. Jones is a professor of history at Johns Hopkins University and the author of Birthright Citizens: A History of Race and Rights in Antebellum America, from Cambridge University Press. 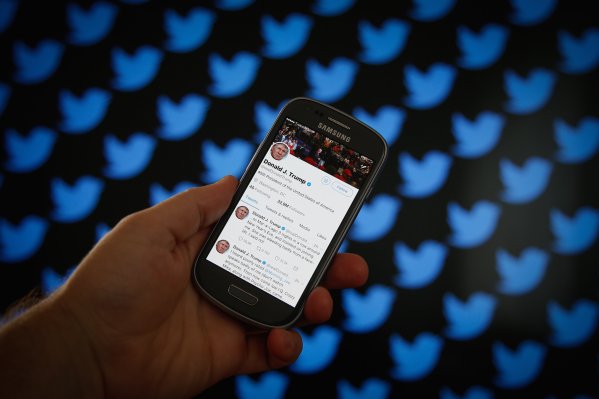