Senate Minority Leader Harry Reid, D-Nev., leads the Democrats of the Nevada delegation to the podium for a media availability in the U.S. Capitol on Monday, Nov. 14, 2016.
Bill Clark—CQ-Roll Call,Inc.
By Mahita Gajanan

When the Senate votes on President Donald Trump’s replacement for Supreme Court Justice Anthony Kennedy, just a simple majority will be sufficient to get through the confirmation process. It’s a vote that Democrats – who have 49 seats – seem more than likely to lose. Gone is the filibuster rule that required 60 votes to move forward.

Many Republicans are thanking former Democratic Senate Majority Leader Harry Reid for that. And they’re retweeting his tweet from 2013 – shedding light on how one decision by the party five years ago helped put Democrats in this position.

In 2013, Reid invoked the “nuclear option,” a historic move that changed a long-standing Senate rule, dropping the number of votes needed to overcome a filibuster from 60 to a simple majority for executive appointments and most judicial nominations — a decision he justified because of trouble getting through court confirmations in the latter half of the Obama Administration.

At the time, then-Senate Minority Leader Mitch McConnell and many other Republicans warned Reid that he would regret implementing the nuclear option.

“What goes around comes around. And someday they’re going to be in the minority,” Republican Sen. John Thune warned.

Well, it’s come around. Democrats are in the minority and many are pointing to Reid’s tweet as evidence of the folly of changing the Senate rules.

Reid’s “nuclear option” did not extend to Supreme Court nominees at the time, though McConnell used the precedent of Reid’s decision to lower the vote threshold for the confirmations of Justice Neil Gorsuch last year.

Thousands of people have retweeted Reid and thousands more commenting — lost on no one is the irony of the situation. 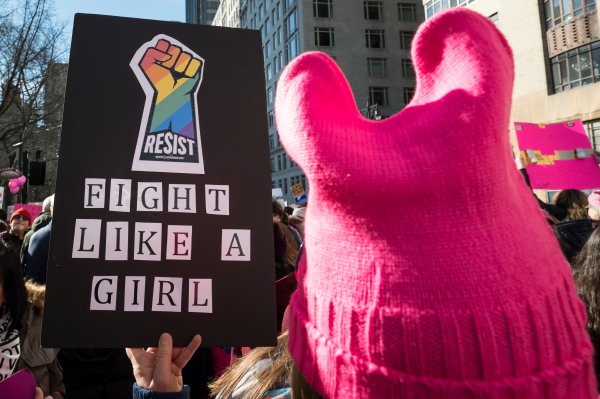 America Will Lose More Than Abortion Rights If Roe v. Wade Is Overturned
Next Up: Editor's Pick