The retirement of Supreme Court Justice Anthony Kennedy could allow the nation’s highest court to change its mind on whether the Environmental Protection Agency has to fight climate change.

As a crucial swing vote, the Reagan appointee joined liberals in a landmark 5-4 decision in 2007 that the EPA is required to address climate change if its own scientists found that it posed a risk to public health. Two years later the agency made exactly that determination, issuing a scientific document known as the endangerment finding.

“We’re not going to get another Kennedy who’s going to play that moderating role,” says Deborah Sivas, a professor of environmental law at Stanford University. “Since it’s a matter of statutory interpretation instead of bedrock constitutional principles I could see folks try to set up a new challenge.”

Officials working for President Donald Trump, who has called climate change a “hoax” in the past, have sought to change some of those regulations, but it’s been a tricky path to do that without running afoul of the endangerment finding.

Many conservatives consider Massachusetts v. EPA and the endangerment finding an overreach. And the decision could easily find itself on the chopping block. In his dissent, then-Justice Antonin Scalia argued that the Clean Air Act, the basis of Massachusetts v. EPA, does not mention climate change and instead targets more conventional air pollution, arguing the EPA is out of line to try to regulate greenhouse gases.

In an interview with TIME last fall, Pruitt made an argument along those lines. “We’ve been spending many months evaluating Section 111 of the Clean Air Act to ask and answer the question what authority exists,” said Pruitt. “That is ongoing and will be ongoing for months into the future.” 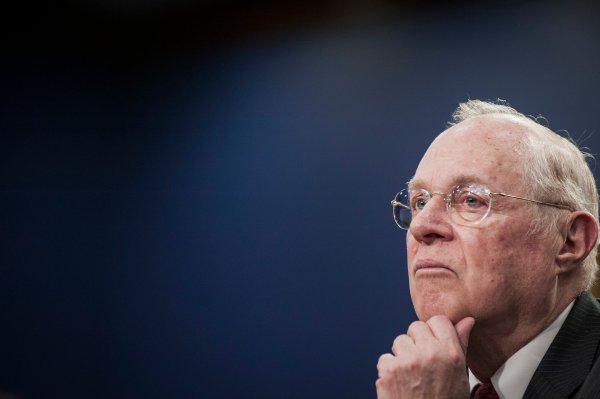 Both Sides of Abortion Debate Think Kennedy Retirement Is a Game-Changer
Next Up: Editor's Pick