Leonardo DiCaprio just gave fans a very small sneak peek of their roles in Quentin Tarantino’s forthcoming film,Once Upon a Time in Hollywood.

DiCaprio posted a photo of himself and co-star Brad Pitt looking every bit like part of the “hippy Hollywood” where the film is set.

While details of the film are still sparse, per Deadline, DiCaprio is playing Rick Dalton, the former star of a Western TV series, and his longtime stunt double Cliff Booth (Pitt). “Both are struggling to make it in a Hollywood they don’t recognize anymore. But Rick has a very famous next-door neighbor…Sharon Tate.” Tate, who will be played in the film by Margot Robbie, was tragically murdered by members of Charles Manson’s cult, the film doesn’t appear to be exclusively about the cult leader, instead weaving together stories like in Tarantino’s 1994 breakthrough film, Pulp Fiction. That may be intentional, as Tarantino promised that the film is “probably the closest to Pulp Fiction” that he has done.

The film isn’t only a reunion for DiCaprio and Robbie who starred in The Wolf of Wall Street together in 2013. It also reunites Pitt and DiCaprio with Tarantino—Pitt starred in Inglourious Basterds and DiCaprio took a dark turn in Django Unchained. For his part, Tarantino is thrilled to be reunited with the stars, who he has called “the most exciting star dynamic since Paul Newman and Robert Redford,” according to The Hollywood Reporter.

Once Upon A Time in Hollywood is even more packed with stars than Pulp Fiction, with a cast that includes Damian Lewis as Steve McQueen, Al Pacino as Dalton’s agent Marvin Shwarz, Dakota Fanning as Manson follower Lynette “Squeaky” Fromme, Emile Hirsch as Tate’s friend Jay Sebring, and the list goes on and on, including The Hateful Eight co-stars Tim Roth, Kurt Russell, and Michael Madsen. The world will have to wait to see the cast in action, though, as the film isn’t expected to hit theaters until August 2019. 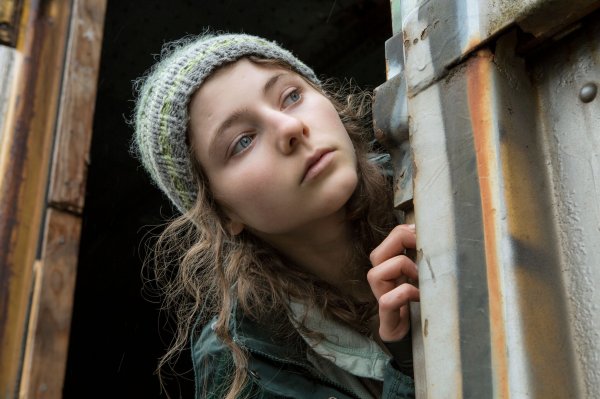 The Leave No Trace Breakout Teen Actor Is on Her Way to J.Law Status
Next Up: Editor's Pick