What You Need to Know About World Cup Player Jimmy Durmaz

Jimmy Durmaz of Sweden poses for a photograph during the official FIFA World Cup 2018 portrait session at on June 13, 2018 in Gelendzhik, Russia.
Stuart Franklin - FIFA—FIFA via Getty Images
By Raisa Bruner

On Saturday, Sweden’s national soccer team took on Germany during their 2018 World Cup Group F match up. Unfortunately for Sweden, the tight game came down to a winning free kick for Germany precipitated by a mistake made by Swedish player Jimmy Durmaz late in the game. This is soccer: it’s a beautiful game, yet mistakes happen all the time. But Durmaz has since become the target of racially-charged invective on his Instagram, suffering online abuse that questions his nationality.

In a statement video released Sunday, Durmaz addressed the backlash, backed by the support of his teammates.

“I am a footballer at the highest level; being criticized is something we live with,” Durmaz says according to ESPN’s translation from the Swedish. “But being called ‘f—ing immigrant’ and ‘suicide bomber,’ and having death threats made against me and my children is completely unacceptable,” he went on. “I am Swedish, and with pride I wear our shirt and our flag. I want to thank the fine, wonderful people who spread joy. It warms us all. We stand united. We are Sweden.” His team also rallied behind him, as did the Swedish Football Association, which reported the abuse to police on Durmaz’s behalf, according to the Guardian.

In the caption for the post, he added in English, “I’m humbled and overwhelmed from all the lovely messages I’ve received from all of you. It really warms my heart after what happened last night. Keep posting love so it will overcome all the hate out there.”

Where is Jimmy Durmaz From?

Durmaz is Swedish. His Assyrian parents made their way north to Sweden from Turkey, according to the Associated Press.

Where does Durmaz play?

Currently, Durmaz plays for the French football club Toulouse as a midfielder; he was signed in 2016. During the 2018 World Cup in Russia, he has been rotated in as a substitute for the Swedish national squad. He’s been playing professional soccer since his teens, starting out with Swedish clubs before playing for Turkish, Greek and now his French team. This is his first World Cup.
ftoday

When will Durmaz play next?

Despite their loss, Sweden is still in the mix for the 2018 World Cup. They’re facing off against Mexico Wednesday in their final Group F match. While Durmaz is not on the starting lineup, he may play as a substitute. Both teams are hoping for a win to secure their advancement chances, although draws could also work in their favor. 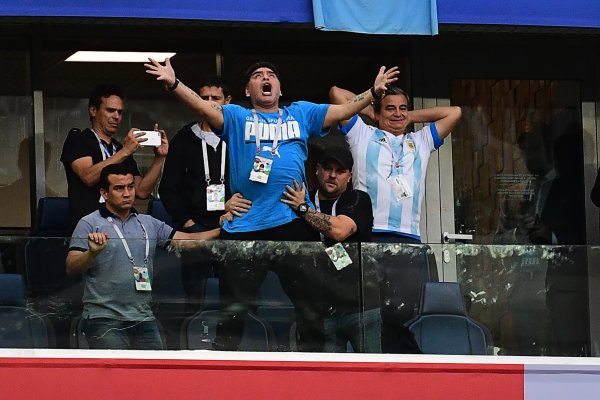 This Icon's Reactions Watching the World Cup Are Pure Drama
Next Up: Editor's Pick