At least two newly erected non-industrial buildings are visible in the images, captured on June 21, and various improvements have been made to other buildings and facilities according to a post on the site written by Frank V. Pabian, Joseph S. Bermudez Jr. and Jack Liu.

However, the post’s authors say the continued work “should not be seen as having any relationship to North Korea’s pledge to denuclearize,” adding that the North’s “nuclear cadre can be expected to proceed with business as usual until specific orders are issued from Pyongyang.”

Jenny Town, 38 North’s managing editor, wrote on Twitter that the ongoing upgrades at Yongbyon underscore “why an actual deal is necessary, not just a statement of lofty goals.”

The day after U.S. President Donald Trump met Kim for a historic summit in Singapore on June 12, the American leader declared that Pyongyang was “no longer a nuclear threat.” Ten days later, he renewed longstanding sanctions on the Kim regime, citing the “extraordinary threat” the country’s nuclear weapons pose.

Many analysts are skeptical that Kim will give up his nuclear arsenal, pointing to the collapse of similar deals in the past. The vague wording of the Singapore declaration, which omits the terms “verifiable” and “irreversible” previously insisted upon by the Trump administration, has heightened uncertainty over the implications of the deal.

At a press conference in Seoul on June 14, Secretary of State Mike Pompeo said sanctions on North Korea would remain in place until denuclearization occurred, but offered few details about how the complex process of complete, verifiable and irreversible denuclearization would be implemented. 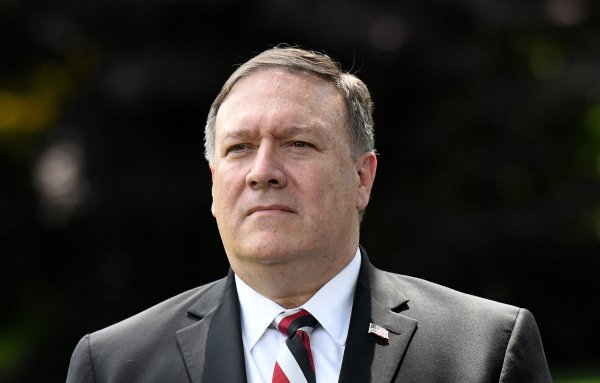 'No Timeline' for North Korea Talks
Next Up: Editor's Pick