The logo above the entrance to Trump Tower is visible along Fifth Avenue August 14, 2017 in New York City.
Robert Nickelsberg—Getty Images
By Abby Vesoulis

Many Americans first learned about Russian pop singer Emin Agalarov from his role in setting up the infamous Trump Tower meeting involving a Kremlin-connected lawyer and top members of the Trump campaign.

Now he has a music video about it.

The various characters in the video can be seen handing mysterious envelopes and possibly stacks of cash to each other. In one particularly suggestive scene in the video for “You Got Me Good,” Agalarov and Trump party with a group of Russian beauty pageant contestants on a hotel bed.

The Agalarovs’ relationship with the president goes back to at least 2013, when Emin and his wealthy father, Aras, worked with the Trumps to prepare for the Miss Universe Pageant in Russia. That year, Trump also made a cameo in another one of Agalarov’s music videos alongside actual 2013 Miss Universe contestants.

Agalarov’s publicist, Rob Goldstone, was the person who contacted Donald Trump Jr. informing him that he could arrange a meeting in which Russian sources could give the family intel that would “incriminate” former Secretary of State Hillary Clinton, to which, Trump Jr. replied, “If it’s what you say I love it.” Donald Trump Jr. has since testified that the meeting was fruitless. 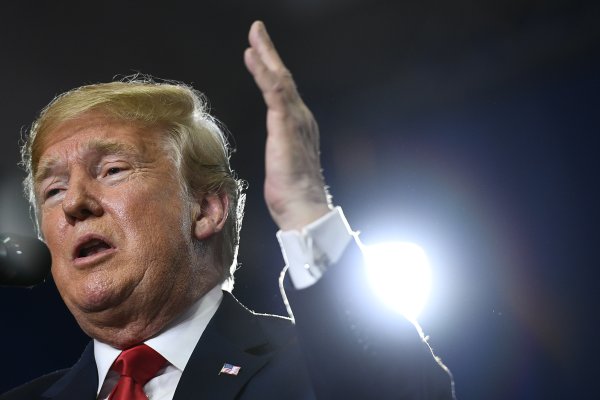 Trump Gives Negative Reviews to Late-Night Hosts at Rally
Next Up: Editor's Pick