US President Donald Trump jokes with reporters after greeting Harley Davidson executives and union representatives on the South Lawn of the White House in Washington, DC, on February 2, 2017 prior to a luncheon with them.
Nicholas Kamm - AFP/Getty Images
By Abigail Simon

After the Wisconsin-based motorcycle manufacturer announced that it would be shifting some manufacturing overseas, threatening jobs at its plants in America, Trump singled it out on Twitter.

“Surprised that Harley-Davidson, of all companies, would be the first to wave the White Flag,” he wrote.

The company said that it was making the move in response to tariffs from the European Union. The effect on Harley is staggering; duties have increased from 6% to 31%, which would raise the export cost of the average motorcycles by $2,200. For the remainder of 2018, the company estimates that they will face an incremental burden of approximately $30-$45 million.

Economists, however, are not surprised by this turn of events given Trump’s restrictionist views on trade. “No, it’s not surprising at all,” said Scott Lincicome, an international trade attorney and an adjunct scholar at the Cato Institute who has been critical of Trump’s approach.

“When you put government and tariffs in the middle of these global supply chains, which are pretty darn seamless in a lot of ways, you are essentially throwing a giant wrench into the gears of a multinational manufacturing operation,” Lincicome explained. “And the inevitable result is higher costs for the manufacturer on the import side and the potential loss of markets on the export side as our trading partners retaliate.”

Lincincome adds that, in many cases, manufacturers that can afford to offshore their production may choose to do so.

But Trump’s policies seem to have put Harley-Davidson in a particularly tough spot, for seven reasons.

Trump once argued on Twitter that “trade wars are good, and easy to win.” He’s followed through on that by imposing a 25% tariff on steel imports and a 10% tariff on aluminum imports from the European Union, Canada, and Mexico — America’s first, third and fourth trade partners respectively. All three fired back with reciprocal measures, including the high tariff that the EU imposed on motorcycles last week.

2. Harley-Davidson is a symbolic target

As a manufacturer of big motorcycles, Harley-Davidson is one of a handful of brands that are recognizable symbols of America’s self-image. That makes it a symbolic target for foreign leaders looking to hit back at America in a trade war.

3. Trump has long talked about his love for Harley-Davidson

Apart from being an American brand, Harley-Davidson is also a favorite of Trump’s. During the campaign he often talked about the company and as president he invited Harley executives to the White House. “Harley-Davidson is a true American icon, one of the greats … So thank you, Harley-Davidson, for building things in America,” he said. That association with Trump also made it a target.

During the 2016 campaign, a group called Bikers for Trump coordinated events and rallies in support of Trump. The Facebook group has accumulated 300,000 likes. Their mission? To “help elect Donald Trump president of the United States.” Many of these bikers were avid Harley consumers. “The Harley-Davidson riding community is about freedom of speech and freedom of expression, all those guaranteed freedoms,” said Rich Gibbon, a longtime rider and the president of an Oakland motorcycle club.

5. Harley-Davidson’s headquarters are in a key state

Foreign leaders aren’t just looking to put pressure on Trump, they have also targeted his allies. Wisconsin, where Harley is based, is the home of Speaker Paul Ryan. It is also an important swing state — which narrowly voted for Trump in the 2016 election, making it a target.

It’s not just European tariffs that are hurting Harley; Trump’s tariffs on foreign steel and aluminum will take their toll on the company. In April, Harley estimated that Trump’s tariffs on imported metal would inflate its production costs by somewhere between $15 and 20 million.

7. Trump has now personally targeted the company, too

And, on top of everything else, Trump himself has threatened to retaliate against Harvey for moving some of their production out of the country. He tweeted, “Harley must know that they won’t be able to sell back into U.S. without paying a big tax!” He later added, “The Aura will be gone and they will be taxed like never before!” 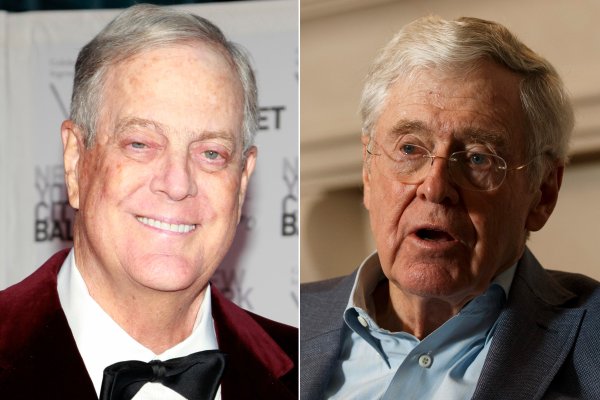