Dozens of protestors blocked traffic in downtown Pittsburgh Tuesday as they demanded justice for Antwon Rose, an unarmed black 17-year-old who was killed by police last week.

Rose was shot in the back three times by Allegheny County police Officer Michael Rosfeld on June 19 as Rose attempted to flee police during a traffic stop, according to authorities. Rose and two others were stopped by police because their vehicle matched the description of a car used in a nearby drive-by shooting, police said. During the traffic stop Rose and a fellow passenger ran away.

A video that showed Rose being shot as he ran was widely shared on social media. Protestors carried signs that said “3 Shots in the Back/ How Do You Justify That?” They are demanding that the officer who shot Rose face charges.

The latest round of protests come one day after Rose’s funeral – and one week after he was killed.

Many protestors also want Allegheny County District Attorney Zappala to step down from the case and allow the Pennsylvania Attorney General to take over. The Black Political Empowerment Project, a local civil rights group, sent a letter to Zappala on Tuesday asking him to hand over the case: “With all of the emotions throughout this area around the death of Antwon Michael Rose, II, you could help provide some emotional relief to a very tension filled situation by removing yourself from this case.”

Zappala told the Pittsburgh Post-Gazette that he wanted the Allegheny County Police Department to conclude its investigation of the shooting before he made any decisions.

Police have said two guns were found in the car that Rose ran from. Zappala told the Post-Gazette that Rose had an empty handgun magazine in his pocket when he was killed.

On Tuesday afternoon, Allegheny County police arrested a teen in connection to the drive-by shooting that took place right before Rose was pulled over. Police said they believe the suspect was the other person who fled the car with Rose during the traffic stop. He was not identified by authorities. 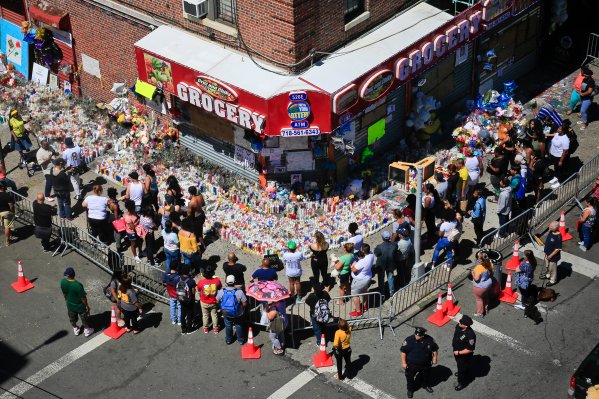