Paging Chrissy Teigen and LL Cool J — a group of Texas police officers have made their bid to be the next stars of Lip Sync Battle.

It started when the Bexar County Sheriff Department posted a video of one of their officers, Deputy Alexander Mena, lip-syncing to The Kumbia Kings’ track, “Fuiste Mala.” As might be predicted, the video went viral, clocking in currently at over 1 million views.

Not to be left out of the fun, San Antonio police officer J. Quiroz posted a video of his own to the San Antonio Police Department’s page, this time lip-syncing to the classic boy band anthem, *NSYNC’s “Bye Bye Bye.”

Yet another police station joined the competition after Quiroz, however, upping the ante with officers Jimmie Zamora and Jordan Armstrong emphatically singing The Backstreet Boys’ “Everybody (Backstreet’s Back)” and ending the video by singing Texas native Selena’s “Bidi Bidi Bom Bom.” Zamora and Armstrong also reposted a video from 2015 of them lip-syncing to Taylor Swift and Cyndi Lauper, noting that they were onto the trend way before.

Your move, Chrissy and LL. 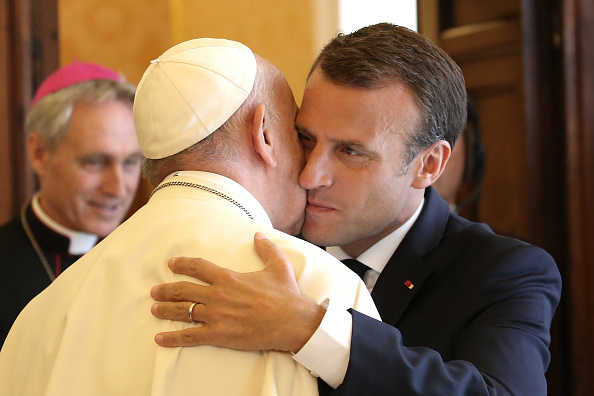 The Pope and Emmanuel Macron Hug it Out in Photo After Remarkably Long Meeting
Next Up: Editor's Pick