Prince William visited the World Holocaust Remembrance Center in Jerusalem on Tuesday as part of the first official visit to Israel by a senior member of the British Royal Family.

The prince laid a wreath in Hall of Remembrance in the memorial before meeting two survivors who were among the Jewish children taken to Britain from Nazi Germany as part of the Kindertransport rescue effort shortly before the outbreak of World War II.

William spent an hour and a half at Israel’s official memorial to Jewish victims of the Holocaust, where he viewed the Hall of Names and the eternal flame. While standing at a display of shoes from some of the people killed in the death camps, he said, “Terrifying. [I’m] trying to comprehend the scale.”

At the end of his visit, William wrote a long message in the guest book, referring in part to “those few who took great risks to help others” and mentioning his own great-grandmother, Princess Alice of Battenberg, who helped to rescue a Jewish family living in Greece and is buried in Jerusalem. Prince William is set to visit her grave on Thursday.

In the guest book, William also wrote of the need to teach future generations about the Holocaust, according to the Jerusalem Post. “We must not forget the Holocaust – the murder of 6 million men, women and children, simply because they were Jewish. We all have a responsibility to remember and teach future generations about the horror of the past so that they can never reoccur. May the millions of Jewish people remembered by Yad Vashem never be forgotten.” 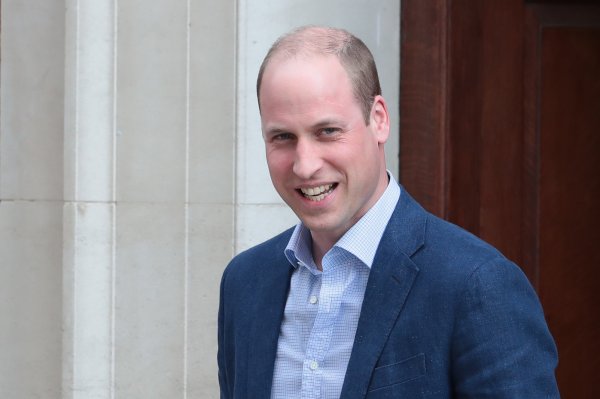 Here's Why Prince William's Trip to Israel and the West Bank Is Historic
Next Up: Editor's Pick