HBO.com, which offers programming information but no shows, was unavailable to internet users in China, according to Greatfire.org, a watchdog group. Bloomberg staff were also unable to access the company’s website as of Tuesday morning. The watchdog Cyberspace Administration of China and the State Council Information Office didn’t immediately respond to faxes requesting comments.

HBO, a unit of AT&T Inc., has been selling some content in China’s fast-growing $14.5 billion online streaming market under tight censorship rules. HBO licenses shows in China such as TV dramas “Game of Thrones” and “Band of Brothers” through Tencent Holdings Ltd.’s streaming service, which had not been affected as of Tuesday morning.

U.S.-based television and movie production companies have been seeking more access to China’s fast-growing entertainment market, where demand for premium content is surging. Online streaming revenue has been growing about 50 percent annually on average over the past five years, according to consulting group iResearch. Box office revenue in China is projected to overtake North America’s as the world’s largest by 2020.

“If HBO doesn’t address the issue proactively and in time, we cannot rule out the possibility that it may affect any future China plans the company has,” said Liao Xuhua, an analyst at Beijing-based consulting group Analysys.

On a recent “Last Week Tonight with John Oliver” episode, the comedian criticized Xi for amassing political power and censoring online discussion, including banning references to Winnie the Pooh, which has been used to mock the Chinese president based on a perceived resemblance to the cartoon character.

Content licensed from U.S.-based producers has been abruptly removed in the past from streaming services, without explanation from the government.

Last year, Netflix Inc.’s bawdy sit-com “Bojack Horseman” was pulled off China’s iQiyi streaming platform days after the series debuted in the country via a content licensing deal. The animated show is still unavailable on iQiyi, while the government has not made any statements about the show’s disappearance.

In China, HBO’s channel is not available to the public via cable or satellite, other than at designated locations such as international hotel chains and embassy residences.

China’s Twitter-like Weibo service has also been blocking users from sending posts with “John Oliver” in them. Searches of Oliver’s name and “Last Week Tonight with John Oliver” in both Weibo and Baidu, the popular search engine, are still working, but the results appeared to filter out mentions of the recent segment. 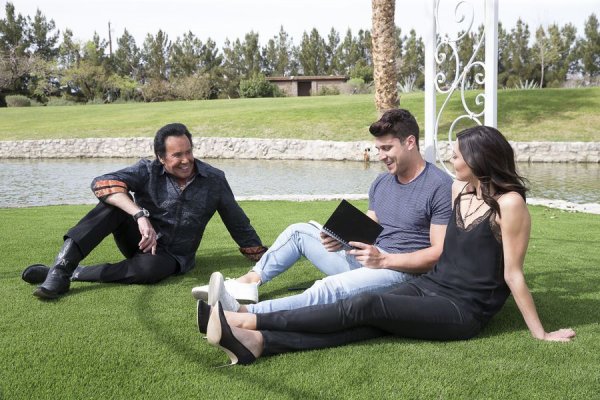 'The Bachelorette': Becca Goes on a Two-on-One Date in Vegas
Next Up: Editor's Pick