Elizabeth Warren paid a visit Sunday to an immigration facility in McAllen, Texas amid the ongoing crisis over family separations at the Mexican border.

Speaking to reporters after her visit, the Democratic Massachusetts Senator described what she saw at the detention center as a “disturbing picture.”

After touring the facility with a translator, Warren recounted the living conditions of the families trapped there.

“It’s a disturbing picture. There are children by themselves. I saw a six month old baby, little girls, little boys. There are mothers with their babies, with small children. Family units are together if it’s a very small child, but little girls who are 12 years old are taken away from the rest of their families or held separately. They’re all on concrete floors in cages. There’s just no other way to describe it. They’re big chain link cages on cold concrete floors and metal blankets handed out to people,” Warren said.

Some 2,300 children have been separated from their families during a six-week period in April and May during the Trump Administration’s crackdown on illegal immigration at the U.S.-Mexico border. The “zero tolerance policy” refers undocumented immigrants caught entering the country to be criminally prosecuted, and allows for the separation of relatives during the process.

Following fierce criticism over the border crisis, Trump issued an executive order last week that would house parents and children caught crossing the U.S. border together, rather than apart. About 500 children have been reunited with their parents since May. 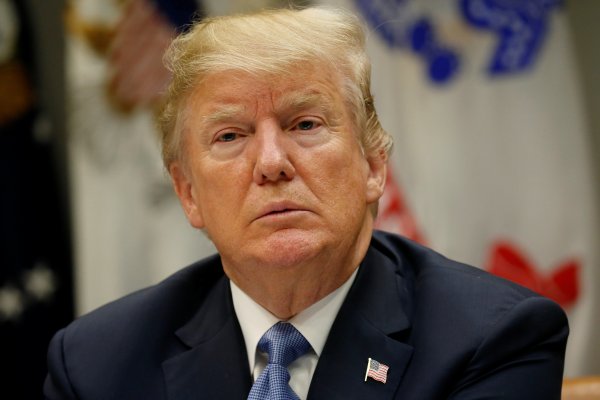