'I Definitely Feel Remorse.' Roseanne Barr Breaks Down in Tears in Her First Interview Since Racist Tweet

Roseanne Barr is opening up about the racist tweet that caused ABC to cancel the Roseanne reboot.

In an interview on Rabbi Shmuley Boteach’s podcast, Barr remarked, “It’s really hard to say this, but I didn’t mean what they think I meant.”

“I don’t want to run off and blather on with excuses, but I apologize to anyone who thought, or felt offended and who thought that I meant something that I, in fact, did not mean. It was my own ignorance, and there’s no excuse for that ignorance,” she continued.

“I’m a lot of things, I’m a loud mouth and all that stuff, but I’m not stupid, for God’s sake,” Barr tearfully told Boteach. “I never would have wittingly called any black person…a monkey.”

Although the interview was made public on Sunday, The Blast reported it was recorded just two days after the sitcom’s cancellation. It has since been announced ABC has greenlit a spinoff, with which Barr will not be involved.

On May 29, ABC canceled Roseanne after Barr, who starred as wife and mother Roseanne Conner, shared (and then deleted) a tweet comparing former Barack Obama advisor Valerie Jarrett, who is black, to an ape.

Barr later tweeted that she “mistakenly thought [Jarrett] was white.”

In a statement announcing the show’s cancellation, president of ABC Entertainment Channing Dungey wrote, “Roseanne’s Twitter statement is abhorrent, repugnant and inconsistent with our values, and we have decided to cancel her show.”

Addressing her initial response to the backlash over the tweet, Barr said in the podcast that she wasn’t trying to excuse her behavior but rather provide people with “an explanation” when she previously said “Ambien tweeting” was to blame for her remarks

“I was impaired, you know,” she said.

Barr, who previously revealed she had begged ABC to let her “make amends,” went on to share that when the network hired her, “they asked me to get off Twitter, because I’m always saying things.”

A source previously told PEOPLE that Barr is “in deep darkness and is very remorseful” following the scandal.

“She’s not intentionally hurtful,” said the insider. “They all loved each other on the Roseanne set. It really was one big happy family.” 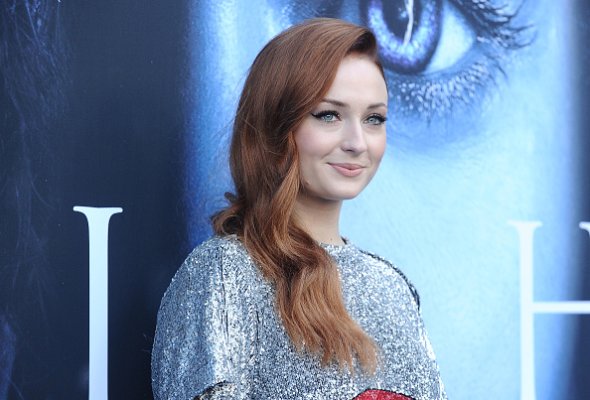 Sophie Turner's New Game of Thrones Tattoo May Not Mean What You Think
Next Up: Editor's Pick