'I Would Have Done the Same Thing Again.' Restaurant Owner on Why She Asked Sarah Huckabee Sanders to Leave

The owner of the Virginia restaurant who asked White House Press Secretary Sarah Huckabee Sanders to leave her establishment on Friday night said she did not regret her decision.

“I would have done the same thing again,” Stephanie Wilkinson, the owner of the Red Hen restaurant told the Washington Post. “We just felt there are moments in time when people need to live their convictions. This appeared to be one.”

The small restaurant found itself in the national spotlight after Sanders tweeted Saturday morning that she had been asked to leave Red Hen, which is located in Lexington Virginia, because she works in the Trump administration. Sanders did not mention Wilkinson by name, but it was clear the press secretary disagreed with her decision. “Her actions say far more about her than about me,” Sanders said. “I always do my best to treat people, including those I disagree with, respectfully and will continue to do so.”

Wilkinson told the Post that she generally tries to avoid politics, and disagrees politically with several of her regular customers, but ultimately felt that Sanders’ public defense of the Trump Administration qualified as an exception.

“This feels like the moment in our democracy when people have to make uncomfortable actions and decisions to uphold their morals,” she told the Post. Wilkinson said she told Sanders “the restaurant has certain standards that I feel it has to uphold, such as honesty, and compassion, and cooperation.”

Wilkinson also said she did not charge Sanders for the food the group had ordered and the cheese plates they had eaten. 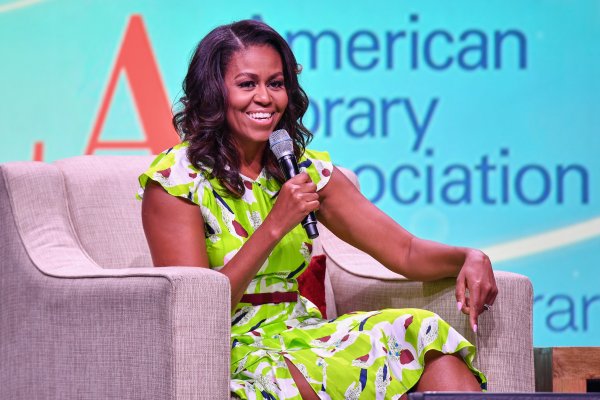 'Making Mistakes Was Not an Option.' Michelle Obama on the Pressure of Being 'The First'
Next Up: Editor's Pick