Blend Images - Hill Street Studios—Getty Images
Ideas
By Michael Wear
Wear is the author of Reclaiming Hope: Lessons Learned in the Obama White House About the Future of Faith in America.

What is an anti–Donald Trump Republican to do? For Steve Schmidt — a top campaign aide to President George W. Bush’s re-election campaign, Sen. John McCain’s 2008 presidential run and other top Republicans’ races — the answer was to quit the party and become an independent.

While the decision to become an independent in these circumstances might make sense for a veteran Republican operative, it is the rise of independent voters among the general public that has contributed to some of the very problems independents often speak out against. Schmidt’s decision to go independent should not serve as an example to the average American voter.

In a series of Twitter posts, Schmidt announced on June 20, “29 years and nine months ago I registered to vote and became a member of The Republican Party which was founded in 1854 to oppose slavery and stand for the dignity of human life. Today I renounce my membership in the Republican Party. It is fully the party of Trump.” He then called for voters to support Democrats in the upcoming midterm elections in order to hold Trump accountable.

Schmidt’s decision joins an array of other prominent Republicans who have become independents in response to Trump’s rise, including Evan McMullin, the former GOP staffer who decided to run for president as an independent.

The rhetoric around independents is and has been quite bold and self-congratulatory. It goes: Independents are citizens who have the moral courage to declare a pox on both houses, and the capacity for free-thinking that enables them to say “no” to the partisan options that have been presented to us; they chart their own path. These independents supposedly hold the key to breaking through our bitter partisanship, our rampant tribalism.

But if independents were truly the key to fixing our politics, our politics would be just about fixed by now. In 2014, the percentage of Americans who identified as an Independent reached an all-time high of 43%. Today, it sits at 42%. There are more Independents in this country than either Democrats or Republicans. Fifty percent of Millennials are political independents. So why don’t our politics reflect these free-thinking, morally pruned voters? A rise in independents should result in a politics more focused on common ground, not less — right?

This is not an abstract argument. It is a practical problem. In many states, you cannot vote in a party’s presidential primary unless you belong to that party. You cannot become a party delegate and vote on the party platform unless you belong to that party. In essence, Independents actively minimize their impact on elections and party positions. When people leave (or fail to join) parties in protest, they starve those parties of ideological diversity, driving them to their extremes.

Parties hold no actual control over the political convictions of their registered members. When you register to join a political party, there is no fine print that reads, “I hereby sign over my conscience to every jot and tittle of my party’s platform.” There is no loyalty pledge involved.

Political parties certainly want you to think that’s not the case — it’s much easier for their officials to lead if they can convince you that they define who is a “real Democrat” or a “real Republican” and who is not. But our political parties only have the power to change our views if we give it to them.

While Schmidt’s personal ties to the Republican party may prevent him from joining the Democrats, who he has spent a lifetime trying to defeat, for those who do not work in politics and whose choice about party affiliation is not so woven in the fabric of their lives, becoming an Independent generally weakens your influence as a citizen. If you look at the state of our political parties today, and agree with Schmidt that the Democratic Party is “the only party left in America that stands for what is right and decent and remains fidelitous to our Republic, objective truth, the rule of law and our Allies,” you should become a Democrat.

If you believe one party more closely — not perfectly, but closely — aligns with your political views of what is best for your neighbors and your country, you should join that party. If you believe your party, however flawed, is still the best option for the country, stay and fight for it — regardless of the immoral actions of its leader. If after taking into consideration the structural impediments in our system for third parties, you still believe investing in a third party is the best choice, do that. But to withdraw from our political parties is to unilaterally forego one of the primary levers we have of influencing the direction of our government. Party participation is not an identity statement. It is a choice about how to use your power as a citizen.

What our political parties need most right now are people who will proudly identify as a member of that party, and are willing to advocate from within that party on issues of disagreement. While it may be desirous to posture as separate from our political dysfunction — to try to absolve ourselves of blame for the state of our political parties — the sobering reality is that our politics are always a reflection of who we are. Now is not the time to withdraw. Instead, it is in this time of profound political dysfunction, that we must commit to reclaim the best of our parties for the good of our nation. 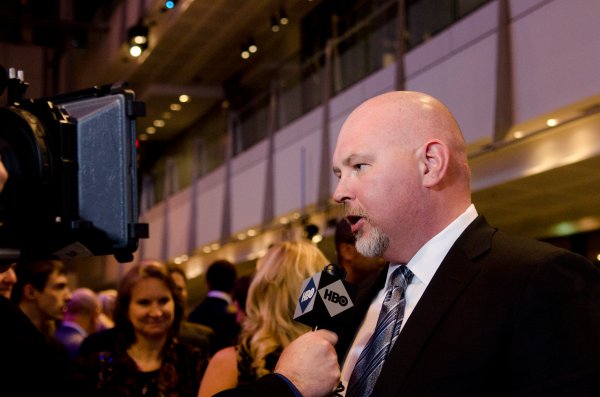 Steve Schmidt Helped Run Republican Campaigns for Years. Here's Why He Quit the GOP
Next Up: Editor's Pick