Flight Attendants Have Higher Rates of Many Cancers, Study Says

Flight attendants are exposed to a number of known cancer-causing risks, but few studies have rigorously quantified that risk, and researchers say they are an understudied occupational group.

The Harvard Flight Attendant Health Study (FAHS), begun in 2007, addresses some of the gaps in understanding health risks among flight attendants. In the latest report, published in the journal Environmental Health, researchers found that flight attendants had higher rates of many cancers, including breast cancer and melanoma, compared to the general population.

The FAHS included more than 5,300 flight attendants who were recruited through online and mailed surveys, and given in person at airports. The flight attendants answered questions about their flight schedules, as well as any diagnoses of cancer. The researchers, led by Irina Mordukhovich, a research associate at Harvard T. H. Chan School of Public Health, then compared the responses to those from a matched group of people not in the airline profession from an ongoing national health survey.

Mordukhovich found higher prevalence of breast, melanoma, uterine, gastrointestinal, thyroid and cervical cancers among the flight attendants compared to the general public. The study also revealed for the first time a higher rate of non-melanoma skin cancers, such as basal cell and squamous cell carcinomas, among flight attendants.

“Flight attendants are considered a historically understudied occupational group, so there is a lot we don’t know about their health,” says Mordukhovich. “What we do know for sure is the exposures that both pilots and flight attendants have—the main one being high radiation levels because of cosmic radiation at altitude.” That exposure may not be concerning for people taking individual flights, but for people whose jobs involve flying, that risk may have a negative effect on their health, as the study results suggest.

“Little attention has been paid to job-related cancer risks for flight attendants,” says Sara Nelson, international president of the Association of Flight Attendants-CWA, a labor union group that represents 50,000 flight attendants, in a written response to TIME about the study. “The Harvard study shines light on this issue. Job-related cancer risk factors identified in the study include exposure to ionizing radiation, jet lag, pesticides, and other onboard chemicals. We will use the results to encourage airlines, airline manufacturers, and regulators to prevent exposures and change working conditions to reduce risk.”

While cosmic radiation originates in outer space, small amounts reach the earth, and greater chances of exposure occur at higher altitudes. The World Health Organization’s International Agency for Research on Cancer determined that ionizing radiation, like that found in cosmic radiation, can contribute to cancer in people.

The National Council on Radiation Protection and Measurements reports that flight crews are exposed to the largest annual dose of radiation among U.S. radiation workers. But there are no limitations or regulations in the U.S. on how much exposure is safe for flight attendants. (Other radiation workers have certain occupational safety regulations in place to protect them from exposure and restrict risky exposure.) The European Union regulates flight attendant schedules and flying time of pregnant flight attendants to limit potentially dangerous exposures.

Flight attendants also have disrupted sleep schedules, since they frequently cross time zones and aren’t able to maintain a regular circadian wake-sleep cycle. Other studies have linked shift work and disrupted circadian clocks to higher risk of breast and prostate cancers, possibly due to a reduced ability of DNA to repair itself and the way circadian rhythm processes may be connected to immune function.

Mordukhovich says that the results need to be repeated by other groups to confirm the risk, but the data should raise concerns about the risk of cancer for flight attendants. (The risk for pilots may be similar, but this study focused specifically on flight attendants.) The Association of Flight Attendants did not provide comment in time for publication.

The findings are particularly worrisome considering that according to data the study collected, flight attendants are in many respects healthier than the general public. They are, for example, less likely to smoke or be overweight, and have lower rates of heart disease.

“The fact that we are seeing higher cancer rates in this study population is definitely striking,” she says. “We hope the study highlights issues about exposures that we know are problematic for flight attendants and pilots and aren’t currently being addressed. We have known carcinogens that flight crews are exposed to, and we’re hoping that this study allows people to start thinking about what should be done to implement protections.” 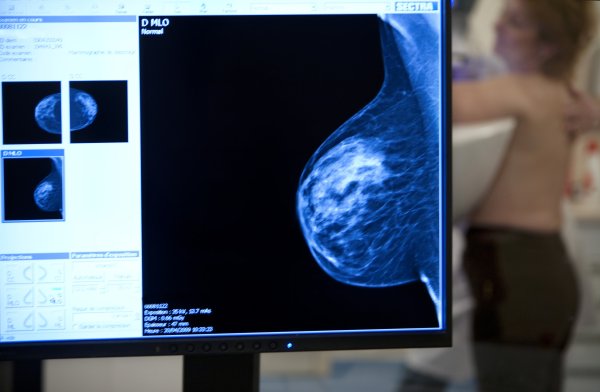 More Women With Breast Cancer May Soon Be Skipping Chemo. Here’s Why
Next Up: Editor's Pick