A boy and father from Honduras are taken into custody by U.S. Border Patrol agents near the U.S.-Mexico Border on June 12, 2018 near Mission, Texas.
John Moore—Getty Images
By Sasha von Oldershausen

The U.S. Attorney for the Western District of Texas on Thursday dismissed nearly all outstanding criminal cases of illegal entry and illegal re-entry involving migrant parents who were apprehended with their children in that jurisdiction, effective immediately. The district includes several major border towns, including El Paso and Del Rio.

TIME learned of the dismissals from public defenders working on relevant cases.

The move comes one day after President Trump signed an executive order meant to curtail the controversial practice of separating migrant children from their parents. The dismissals appear to be a reversal of the Department of Justice’s zero-tolerance immigration policy, which has resulted in the separation of more than 2,000 migrant children from their parents since May. But in a statement sent late Thursday, the U.S. Attorney’s Office characterized the decision as an administrative necessity.

“Following the President’s executive order, we are moving quickly to keep families together as we process the criminal charges for those who crossed illegally,” said Daryl Fields, spokesperson for the U.S. Attorney for the Western District of Texas. “The zero-tolerance policy is still in effect but there is a necessary transition that will need to occur now that those charged are no longer being transferred to the custody of U.S. Marshals and are staying together with their children in the custody of our partners at [the Department of Homeland Security]. As part of that transition, the office today dismissed certain cases that were pending when the President issued the order. Contrary to reporting, the office did not issue any memorandum to the courts.”

Assistant public defender Shane O’Neal, who was set to represent two defendants in child separation cases next week in Pecos, Texas, said the charges against his clients were dropped in accordance with orders from the U.S. Attorney’s Office. “From what I understand, they are doing it with all the other child separation cases as well,” he said.

Still, many in the judicial system have criticized Trump’s executive order for failing to adequately address the lack of housing for families awaiting their hearings. “I think they have taken the position that until the infrastructure is in place, they are going to turn this over to the immigration courts,” said Maureen Franco, federal public defender for the Western District of Texas. 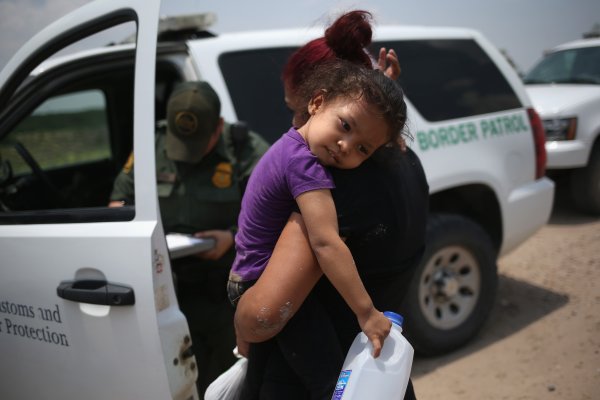 What's Happening to the 2,300 Children Already Separated From Their Parents? Here's Everything We Know
Next Up: Editor's Pick