Vaping Is the New Smoking. Is That a Good Thing?

Ryan Purington, an employee at Lucky Juju, holds a JUUL vape in his hand. The store started stocking the vapes last month and Purington said that they are "flying off" the shelves because they are discreet, easy to use and powerful.
Getty Images
By Jamie Ducharme and Emily Barone

Smoking isn’t as cool as it used to be. The number of adult smokers in the U.S. is at an all-time low, according to new federal data, and a recent report from the Centers for Disease Control and Prevention says almost a million fewer middle and high school students used tobacco products in 2017 than in ’11.

But vaping–using a handheld vaporizer that draws on liquid typically packed with nicotine–is up, which raises new issues. At last count, 3.2% of U.S. adults (about 7.5 million) said they used e-cigarettes, and it’s even more common among teens. Nearly 12% of high schoolers vape; they especially favor Juul, the brand that dominates the U.S. market.

It’s still unclear whether e-cigs are safe. Their aerosols often contain fewer harmful chemicals than smoke from burned tobacco, but they may still expose users to toxins. Many contain addictive nicotine, and there’s conflicting research on whether they help smokers kick the habit. Some studies have also shown that kids who vape may be more likely to use other tobacco products.

The Food and Drug Administration has prioritized curtailing youth use. In April, the agency sent letters to retailers warning them against illegally selling vaping products to underage users and asked makers to submit information on marketing practices. Juul, which says its devices aren’t for minors, has pledged $30 million over three years to stem the flow of its product to teens. The risks from e-cigarettes remain unclear, but vaping is a trend that’s unlikely to flame out. 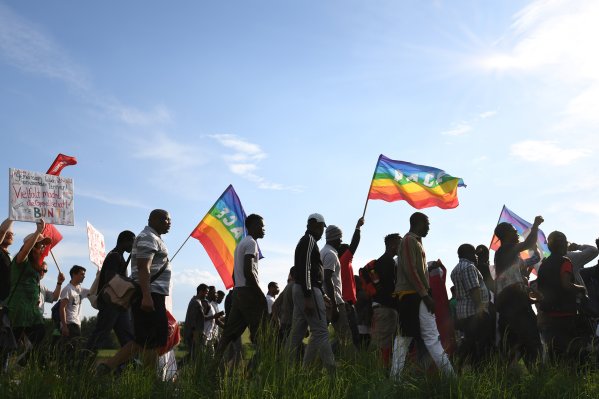 At Home and in Europe, Angela Merkel Is in Trouble
Next Up: Editor's Pick