An unarmed teenage boy was fatally shot by a police officer while fleeing a traffic stop in East Pittsburgh on Tuesday.

Antwon Rose, 17, was shot three times in the back while running from a parked car that was stopped by a police officer, Allegheny County Police Superintendent Coleman McDonough said, according to the Associated Press.

Authorities said Wednesday that an officer stopped the car Rose was in because it matched the description of a vehicle identified in a nonfatal shooting in another town. McDonough said police found two semi-automatic weapons on the car’s floor.

The 20-year-old driver of the vehicle was taken into custody and released after speaking to police on Tuesday, the Pittsburgh Post-Gazette reports.

McDonough encouraged people to give his department enough time to investigate the case.

“I understand in today’s atmosphere anytime a young man is killed there’s cause for outrage in some areas,” he said, according to the Post-Gazette. “However, I would urge people to give us time to conduct an objective investigation, to gather facts.” 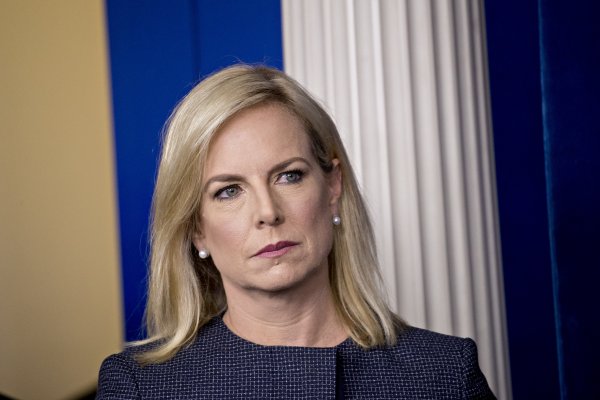 The Homeland Security Chief Who Defended Trump’s Zero Tolerance Border Policy Ate at a Mexican Restaurant. Then Protesters Showed Up
Next Up: Editor's Pick