In a highly produced “show” in San Francisco, Instagram CEO Kevin Systrom announced Wednesday that the company is launching a long-form video platform aimed at luring the kinds of online celebrity “creators” and fans who have long flocked to YouTube.

Called IGTV, the platform will be a standalone app and also accessible inside the existing Instagram app, in a place separate from users’ main feed. Videos published there will eventually be up to 60 minutes long, compared to the current limit of 60 seconds. And they will be displayed vertically on the full screen.

In his remarks, Systrom positioned IGTV as the latest step in the company’s “evolution” and suggested that horizontal video is inconvenient in an era when media consumption is increasingly happening on smartphones.

Systrom also announced that Instagram had reached one billion active monthly users, a milestone YouTube hit in 2013. That platform, part of Google parent company Alphabet, has been embracing more professional media content, from producing in-house documentaries to streaming live TV. With this announcement, it appears Instagram is aimed at staying in the social territory, where individual creators and brands can build interactive connections with their fans. At a press conference after the announcement, Systrom said Instagram has no plans to produce content itself.

How much time users spend using an app is an important competitive metric for social media platforms. Last year, Instagram announced that users spend about a half hour per day or more on the platform. This move could significantly increase that amount, making Instagram a destination for watching videos as much as checking up on friends’ latest adventures. Though IGTV will not have ads at launch, Systrom said it’s a likely place for them to “end up,” both for the company’s and creators’ bottom lines. The move to launch a standalone app, he said, is a recognition that many Instagram users like to breeze through their feeds and don’t want to pause to watch a 10-minute video in that space.

Instagram’s announcement took place in central San Francisco, in a cavernous space above a Honda dealership near the gentrifying Market Street corridor. Tents housing some of the city’s 7,500 homeless individuals were dwarfed outside by trailers ostensibly set up for the creators who danced and vogued for a short live video to kick off the event. They included the likes of Internet personality Lele Pons, who has 25 million followers. She briefly took the stage to preview an informal cooking show she plans to launch on IGTV.

Inside, Instagram transformed the space into what felt like a post-modern nightclub. A DJ spun the likes of Calvin Harris as machines spit out puffs of smoke. Catering staff offered cartons of iced Blue Bottle coffee and artisanal doughnuts; buffets were covered in dishes like vegan almond pudding and bruschetta with prosciutto and peaches.

The main stage was surrounded by miniature ones set up in alcoves, each presenting a playful vignette for a different video creator. One, decorated with sand and barbells, conjured the set of a beach workout show for Katie Austin. In another, sneakers slowly spun in an elaborate mechanical mobile for a personality known as the Shoe Surgeon. A third offered a cartoonish rendition of a laundromat, with white balloons spilling down the side of fake washing machines that spun like real ones, a scene for DIY-maven Lauren Riihimaki.

Though the launch focused on individuals who already have huge followings, Systrom made it clear that IGTV will allow all users to upload longer videos, capped at 10 minutes for the time being.

“Video is the way we hang out with friends and pass the time, but how we watch it is changing,” Systrom said. “What we watch is changing too.” 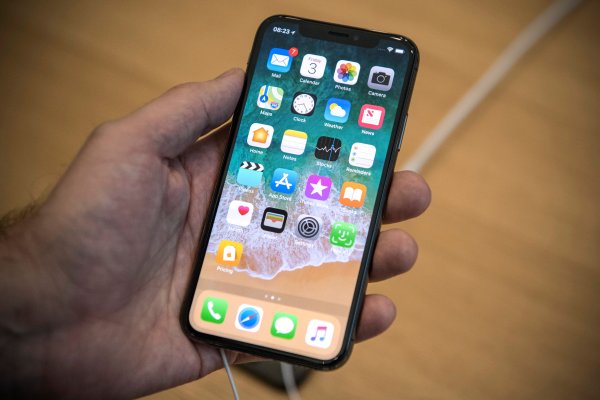 Your iPhone Will Soon Send Your Exact Location to First Responders When You Call 911
Next Up: Editor's Pick