'She Has at Last Found Peace.' Dutch Queen Maxima Opens Up About Sister's Suicide

Queen Maxima of The Netherlands during the award ceremony of the Appeltjes van Oranje for social projects in The Hague, Netherlands on June 6, 2018.
Patrick van Katwijk—WireImage/Getty
By Alexia Fernandez / People

Queen Maxima of the Netherlands is speaking out for the first time about her sister’s suicide.

The queen, 47, returned to her royal duties on Tuesday after she took time off following her sister Inés Zorreguieta’s June 6 death. She made a tearful statement to reporters during a visit to the UMC Groningen Proton Therapy Center, as reported by Hola!

“Today is my first day back at work after a difficult time,” she said. “And actually, I’m happy that I could pay this visit to the Proton Therapy Center in Groningen, because this place means so much to people with cancer.”

“People who are sick, yet who hope for a cure,” she added. “My dear, gifted little sister Inés was sick too. She could find no joy, and she could not be cured.”

Maxima continued, “Our only comfort is that she has now at last found peace. And I would like to say how very grateful we are for the countless letters, messages and tokens of sympathy that we have received. They have really helped us. I’d also like to say thank you for the respect that everyone has shown my family in this very dark period. Thank you, thank you, thank you.”

Zorreguieta, 33, was found in her apartment in Buenos Aires, Argentina, on June 6. A spokesman of the Dutch government told the Argentinian newspaper, La Nacion, “It is presumed that it was a suicide.”

The youngest sister of Maxima, a native Argentinian, worked for the country’s Ministry of Social Development.

In a statement to Dutch newspaper, De Volkskrant, the Dutch government said that Queen Máxima was “shocked and devastated” by the news of her sister’s death. According to reports, Zorreguieta suffered from depression and mental health issues.

Maxima canceled all of her royal engagements and attended her sister’s funeral in Buenos Aires alongside her husband King Willem-Alexander and their three children Princesses Amalia, 14, Alexia, 12, and Ariane, 11, according to Hello!

Last summer, Maxima traveled with her husband and their daughters to attend the funeral of her father, who died in August at the age 89 following a battle with non-Hodgkin’s lymphoma. 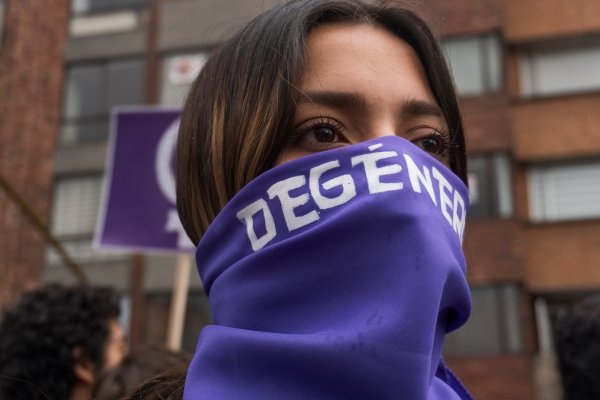