Prince William arrived in Israel on Monday, part of his a Middle East trip that involves a historic visit to Israel and the West Bank. The trip marks the first official trip to Israel by a British royal since the country’s founding in 1948.

After his Sunday in Amman, where the Duke of Cambridge met with Jordan’s Prince Al-Hussein Bin Abdullah II, he will travel to Tel Aviv and Jerusalem in Israel, according to Kensington Palace. William’s trip will conclude in Ramallah in the West Bank on Thursday.

“The historic nature of this tour is of course important and The Duke considers it a great privilege to be undertaking the first ever official Royal tour of Israel and the Occupied Palestinian Territories and to be able to help further strengthen the friendship between Jordan and the United Kingdom,” Kensington Palace said in a statement. “The complex challenges in the region are of course well known. The non-political nature of His Royal Highness’s role – in common with all Royal visits overseas – allows a spotlight to be brought to bear on the people of the region: their cultures, their young people, their aspirations, and their experiences.”

Members of the British royal family have visited Israel over the years for personal purposes, however. Prince Charles attended the funerals for former Israeli prime minister Yitzhak Rabin and president Shimon Peres. In 1994, Prince Philip went to Israel for a ceremony that honored his mother, Alice of Battenberg.

Prince William’s visit came at the request of the Buckingham Palace and the British government, Kensington Palace said. Israeli president Reuven Rivlin said he looked forward to welcoming Prince William, whose visit he called a “very special present for our 70th year of Independence.” 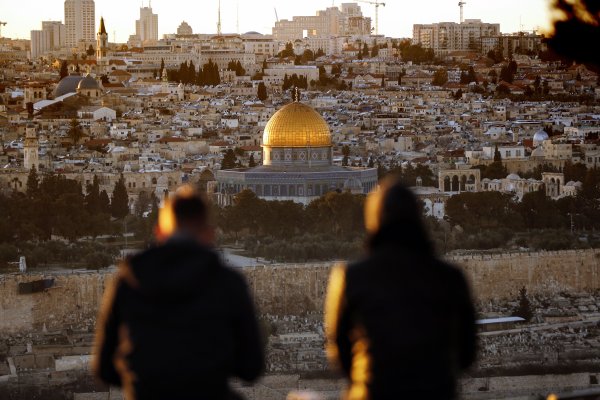 Here's What to Know About Britain's Controversial Role in Shaping the Middle East
Next Up: Editor's Pick