‘What This Amounts to Is Child Abuse.’ Psychologists Warn Against Separating Kids From Their Parents

As the White House doubles down on a zero-tolerance immigration policy that has led to the forced separation of families, medical experts are sounding alarms about the potentially irreparable psychological damage that could plague the children affected.

A number of prominent medical organizations, from the American Psychological Association (APA) to the American Academy of Pediatrics, have joined a chorus of regulatory bodies, lawmakers and activists who have condemned the policy. The APA’s president and CEO also sent a letter to President Donald Trump on June 14, urging him to reverse the policy given “multiple harmful effects of parent-child separation on children’s emotional and psychological development and well-being.”

Those harmful effects may run the gamut from future depression, anxiety and post-traumatic stress disorder (PTSD) to violent tendencies, substance abuse and difficulty forming relationships down the line, according to Dr. Jeff Temple, a professor and psychologist at the University of Texas Medical Branch and a board member of the Texas Psychological Association. And though not every child who experiences trauma will develop these conditions, Temple says the kids in question, who have likely faced other stressors prior to being taken from their parents, may be particularly at risk.

“It’s a three-fold stress: the reason they left their country, the journey [to the U.S.] and now being, at a vulnerable time, separated from their parents,” Temple says. “Really what that amounts to is child abuse. These kids will experience negative and irreparable harm.”

The effects of that harm may evolve over time, says Antonio Puente, a professor of psychology at the University of North Carolina, Wilmington who specializes in cultural neuropsychology. What may begin as acute emotional distress could reemerge later in life as PTSD, behavioral issues and other signs of lasting neuropsychological damage, he says.

“The longer a child is separated, the worse the situation becomes. This is often hidden initially and becomes more complicated as time evolves, only to emerge in other times of crisis or, for that matter, in adulthood,” Puente says. “These situations are emotional at the onset and neuropsychological in the long-term.”

Dr. Bessel van der Kolk, director of the Trauma Center in Boston and a childhood trauma expert, says that’s because a child and parent’s biology are inextricably linked. Kids are hardwired to take cues about the world, and draw a sense of physical and emotional security, from their parents, he says, and when they’re taken from their caregivers prematurely, their development may stall and potentially suffer irrevocable harm. Van der Kolk likens the impact to a sort of psychological starvation.

“It’s like food,” he says. “Depriving them of their caregivers has effects on their brain as profound as starving them.”

The result, van der Kolk says, could be clinically diagnosable conditions such as depression or anxiety, or more nuanced issues such as difficulty trusting others, forming relationships and regulating emotions.

“These early separations have a profound effect on the overall capacity for people to function and be useful members of society,” van der Kolk says. “Your brain is a predictive system. If people get ripped away from you, you get a brain that will say, ‘People will mess with me. People will hurt me. People will take advantage of me.’ That becomes your basic orientation as you grow up.”

Parents may experience similar emotional trauma, and potentially PTSD later on, but van der Kolk says their brains will likely not be altered to the same extent. “It probably doesn’t change and sculpt their brains as much as it does kids, because adults have fairly stable brains,” he says.

The experts all agree, however, that ending familial separation as quickly as possible is the best way to minimize damage for both kids and parents. Temple adds that emotional, psychological and social support may also help children who have been traumatized. “It’s not going to completely attenuate the negative effects of being separated from their parents, but that will help,” Temple says.

Puente — a past APA president who was himself an undocumented immigrant when his family fled Cuba for the U.S. in 1960 — stresses the need to support vulnerable children, in hopes of giving them the same opportunities others are afforded in this country.

“It’s never too late to attend to children,” Puente says. “There’s no question about it.” 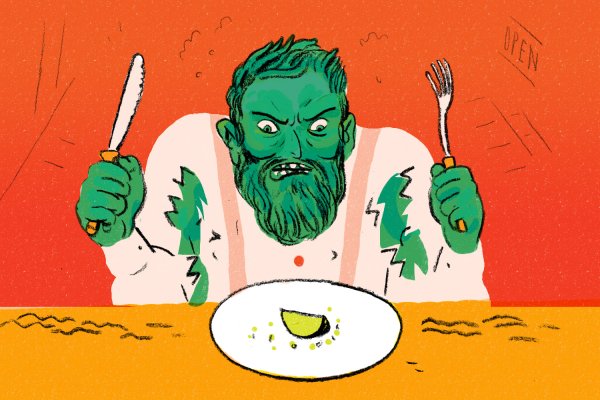 Here’s Why You Get Hangry, According to Science
Next Up: Editor's Pick