This Was President Truman's Powerful Message on Why the U.S. Should Help Refugees

Many crises faced by President Harry Truman when he came into office in the waning days of World War II. One of them would plague him for years: What to do with the refugees? By some counts, up to 60 million Europeans had been driven from their homes during the course of the war.

At the time, the U.S. was well-established as a destination for immigrant — despite turning away some migrants during the war — but didn’t have a specific law to deal with refugees per se. In late 1945, Truman signed a directive that allowed faster admission and resident-status changes for some refugees. But a wider-sweeping action would be needed, especially as the quota-based system that governed American immigration applied strict limits to the national origins that had the most need of help. Truman subsequently asked Congress to come up with a law that would address the crisis.

This conversation was taking place in the years before the nascent United Nations — which marks June 20 as World Refugee Day — issued the 1951 Refugee Convention, which set out how the international community ought to address people who had been driven from their homes. But, though the world hadn’t yet agreed on those terms, the conversation about refugees was at a fever pitch; even years after the war’s end, millions remained unsettled.

By mid-1947, when the refugee bill he’d requested was not forthcoming, Truman sent Congress a special message explaining why he considered the move necessary.

Here’s how he explained in that message, the full text of which can be found at the American Presidency Project website, why he believed the United States needed such a law:

In 1948, the Displaced Persons Act — which the U.S. Citizenship and Immigration Services office calls the first U.S. law specifically dealing with “refugees” as such — was passed. Truman, in a signing statement, acknowledged his unhappiness with a law that he saw as a halfhearted measure that was overly restrictive and biased.

“I know what a bitter disappointment this bill is — to the many displaced victims of persecution who looked to the United States for hope; to the millions of our citizens who wanted to help them in the finest American spirit; to the many Members of the Congress who fought hard but unsuccessfully for a decent displaced persons bill,” he said. “I hope that this bitter disappointment will not turn to despair.” 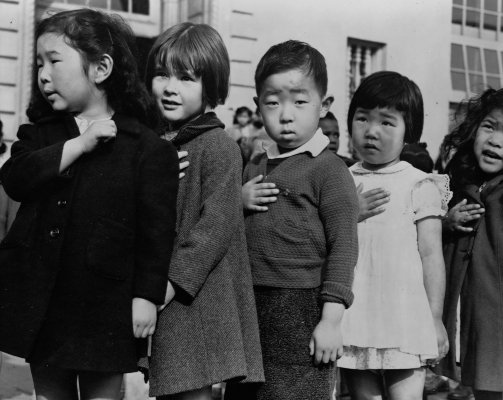 Family Separation Is Being Compared to Japanese Internment. It Took Decades for the U.S. to Admit That Policy Was Wrong
Next Up: Editor's Pick