Many Doctors Give Morphine to Babies Born With Opioid Addiction. A New Study Suggests There's a Better Way

As the opioid crisis continues, an estimated one baby is born every 20 minutes to a mother who is addicted to the painkilling drugs. But doctors have few proven ways to treat those infants who become dependent on opioids in utero and are born in withdrawal from the drugs.

“Despite the fact that we have seen increases in NAS in recent years, there is still significant uncertainty about who to treat, when to treat and what agents to use,” says Dr. Jonathan Davis, vice chair of pediatrics at Tufts Medical Center. “And then there are questions about how fast to increase the dose, and how fast to take the babies off the medications.

In the first study to directly compare two of the most common treatment methods — methadone and morphine — researchers hope to establish a uniform strategy for treating neonatal abstinence syndrome, or NAS. In the U.S., says Davis, about 80% of NAS cases are treated with morphine, and 20% with methadone, which is also a narcotic but comes with less of the potentially addictive high that opioid painkillers like morphine and oxycodone carry.

MORE: Most People Who Misuse Opioids Don’t Have a Prescription

In the study, published Monday in JAMA Pediatrics, Davis looked at mothers who were in treatment for opioid addiction, and taking medications like buprenorphine or methadone to help in their addiction recovery. He found that among the 116 babies born with NAS who were followed for about a month, those randomly assigned to be treated with methadone left the hospital about three days before those treated with morphine. The babies treated with methadone could stop their medication about two days earlier as well.

“We hope people will look at these results and see the success and think, ‘that’s something we can also adopt’ so we don’t have hundreds of different approaches throughout the US for treating these babies,” says Davis of the improved outcomes using methadone.

While methadone can be an effective way to wean adults off opioids by substituting for those drugs without the same high, some regulators and law enforcement officials have been skeptical of how useful methadone and similar medications like buprenorphine, can be. They question whether these medications are simply substituting for the opioids. But studies are starting to suggest that people who use methadone or buprenorphine tend to go into remission sooner than those who don’t rely on the treatments, and stay in remission longer. Davis is hoping the same is true for newborns who are born dependent on opioids because they were exposed in utero.

Not only does the study indicate that methadone can control withdrawal symptoms faster than morphine, but it also offers hope for less intensive treatment because methadone is given to the babies two to three times a day, compared to six to eight times a day for the morphine treatment. And because some hospitals are getting overwhelmed with babies born with NAS, some are even starting to send mothers home with methadone treatment kits to continue the treatment at home, something that isn’t an option with morphine because of its high abuse potential. Treating babies at home could contribute to significant cost savings in opioid treatment.

Davis says he’s hopeful that these first results could establish a uniform way of treating babies with NAS, though he admits that the methadone used in the study differs from the commercially available medication for adults. That version includes alcohol, so Davis and his colleagues worked with a lab to formulate an alcohol-free, preservative-free version made from easily purchased methadone powder mixed with water. Most pharmacists could create the formula, he says, but it would require a commitment to compounding the drug and refrigerating it (once mixed, it’s good for up to two weeks).

MORE: What Doctors Facing the Opioid Crisis Need Next

Still, he says the results are the first solid evidence to inform a uniform treatment guideline for babies born with opioid dependence. He hopes the findings will inspire additional research into babies born with opioid dependence, including mothers who aren’t on medication-assisted treatments for opioid addiction, and plans to follow the babies born in this study until they are several years old. “If we can help establish best practices, and a uniform approach to treating these babies, then I think that will be a tremendous success,” he says. 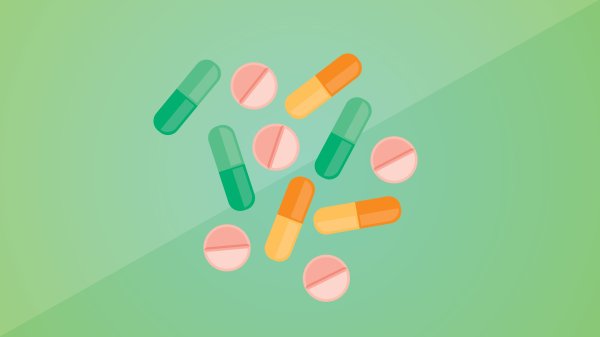 A Third of Children Use Dietary Supplements. Here’s Why Researchers Say That’s Concerning
Next Up: Editor's Pick