The late Stephen Hawking revolutionized the world’s understanding of black holes, and now his trademark computer-generated voice will be broadcast out to one in a final send off Friday.

The British physicist, who dedicated his life to understanding the cosmos even as his paralysis confined him to a wheelchair, will be interred at Westminster Abbey following a memorial service. After readings, including from astronaut Tim Peake and actor Benedict Cumberbatch, Hawking will be laid to rest between Isaac Newton and Charles Darwin. Around 1,000 members of the public have been invited to attend, based on a lottery.

As a final tribute, the voice that Hawking lost to a neuromuscular disease known as Lou Gehrig’s disease, or ALS, and then regained with the assistance of a computer, will be sent into space by the European Space Agency, according to the BBC.

Hawking’s words have been set to a score by composer Vangelis, and will be beamed toward the nearest black hole.

The musical tribute represents a “beautiful and symbolic gesture that creates a link between our father’s presence on this planet, his wish to go into space and his explorations of the universe in his mind,” Hawking’s daughter Lucy told the BBC.

“The broadcast will be beamed towards the nearest black hole, 1A 0620-00, which lives in a binary system with a fairly ordinary orange dwarf star,” she added. “It is a message of peace and hope, about unity and the need for us to live together in harmony on this planet.”

Hawking died at his home in Cambridge, England, in on March 14 at the age of 76. 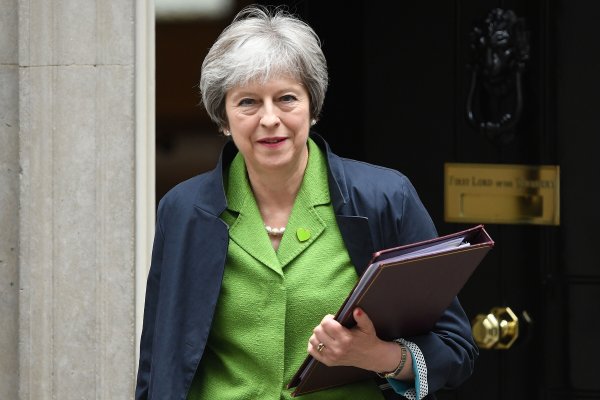 What to Know About Theresa May's Biggest Brexit Test Yet
Next Up: Editor's Pick